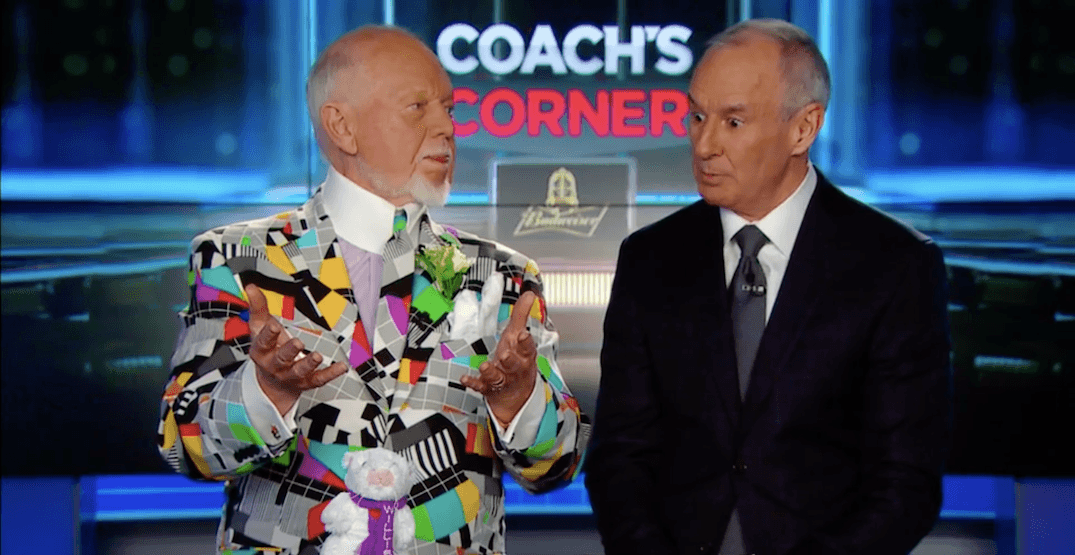 Like his bottomless rack of colourful suits, Don Cherry has a lot of different takes.

There’s no doubt that for many, the Canadian hockey commentator is an iconic sports television personality. But now, some want him to just stick to that: sports.

Over the weekend, during his CBC Hockey Night in Canada segment, Coach’s Corner, Cherry told co-host Ron MacLean that the cold weather is contradicting global warming.

“He predicts six more weeks of cold weather,” Cherry said. “Now, I’d like to ask you with your left-wing, pinko friends: What about the warming trend?” he asked MacLean.

Although MacLean tried to change the subject, Cherry continued on his rant.

“We’re not totally cuckaloos if you look at some of the things going on in our world,” MacLean responded.

Minister of Environment & Climate Change Catherine McKenna said that Canadians should “turn to scientists” for climate change, in a tweet about Cherry.

For hockey you can turn to Coach’s Corner if you want, for climate change, Canadians turn to scientists.

But Don Cherry might want to think about all those kids who might not have outdoor rinks to play on some day. #CLIMATECHANGEISREAL https://t.co/ObVwwYLiAr

Other Canadians had a few things to say about Cherry too.