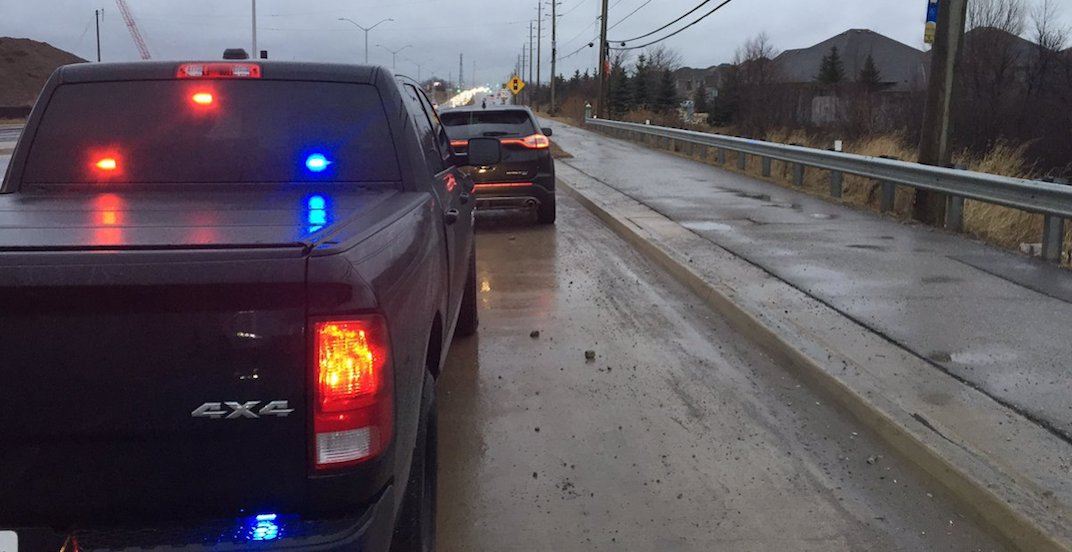 An Oakville man took distracted driving to a whole new level over the weekend, after he was busted for watching the Maple Leafs game on his iPhone, while he was driving.

Const. Marc Taraso of the Halton Regional Police caught the driver watching the Leafs play the Ottawa Senators on his phone on Saturday, March 30.

“I wish I was joking. I saw the game playing on their dash and thought to myself ‘no way,'” said Taraso.

I wish i was joking. I saw the game playing on their dash and thought to myself “no way”. When i walked up to the car; the instrument cluster was kind enough to show “*****’s iphone connected – NHL – Toronto Maple Leafs…”. Good evidence….

“I don’t care how much of a die-hard Maple Leafs fan you are, you cannot watch the game on your phone while you are driving.”

I dont care how much of a die hard @MapleLeafs fan you are; YOU CAN NOT WATCH THE GAME ON YOUR PHONE WHILE YOU ARE DRIVING!!!!!! Theres this thing in your car, its called a radio. It has the @FAN590 on the AM dial – tune in there. Unbelievable #Ticket😡😡😡 pic.twitter.com/Txfsk3ouhv

The driver received a distracted driving ticket, which comes with a hefty $615 fine, three-points and a three-day license suspension.

The Leafs ended up losing 4-2 to the Senators, so it’s safe to say watching the game definitely wasn’t worth it.