According to NASA, January will end with a display of a total lunar eclipse viewable from western North America across the pacific to Eastern Asia.

“About twice each year, a full Moon lines up perfectly with the Earth and Sun such that Earth’s shadow totally blocks the Sun’s light, which would normally reflect off the Moon,” states NASA. And that’s exactly what will happen on the night of January 30- 31. 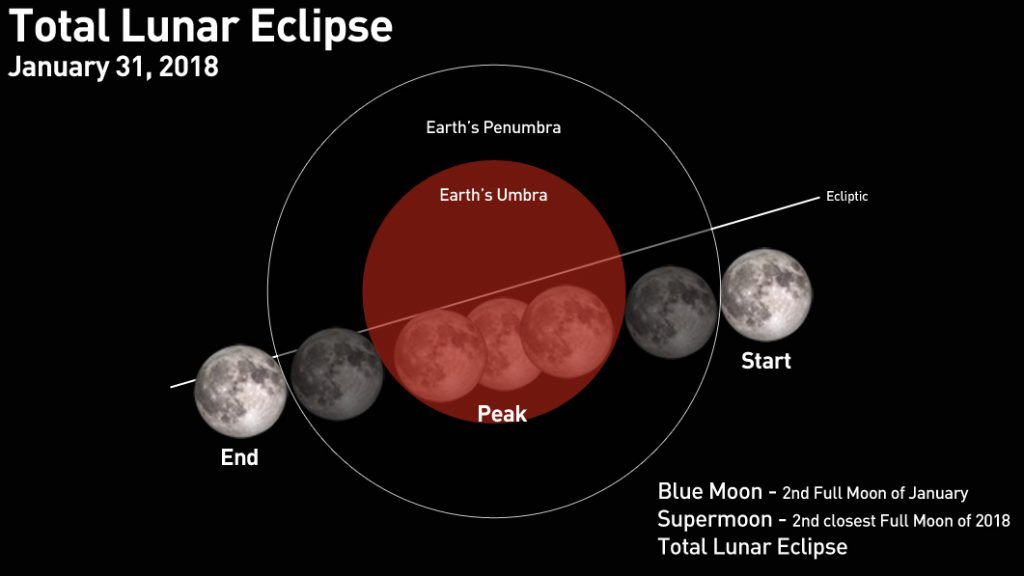 Meanwhile from Northern Ontario to the coast of BC, a total lunar eclipse will visible in the predawn hours, which means this will be worth getting up for. 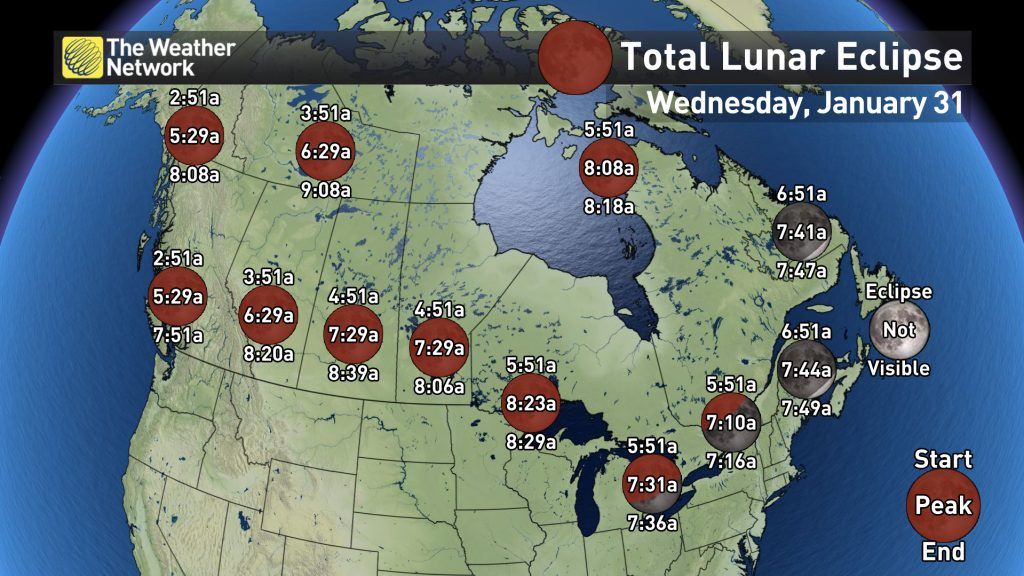