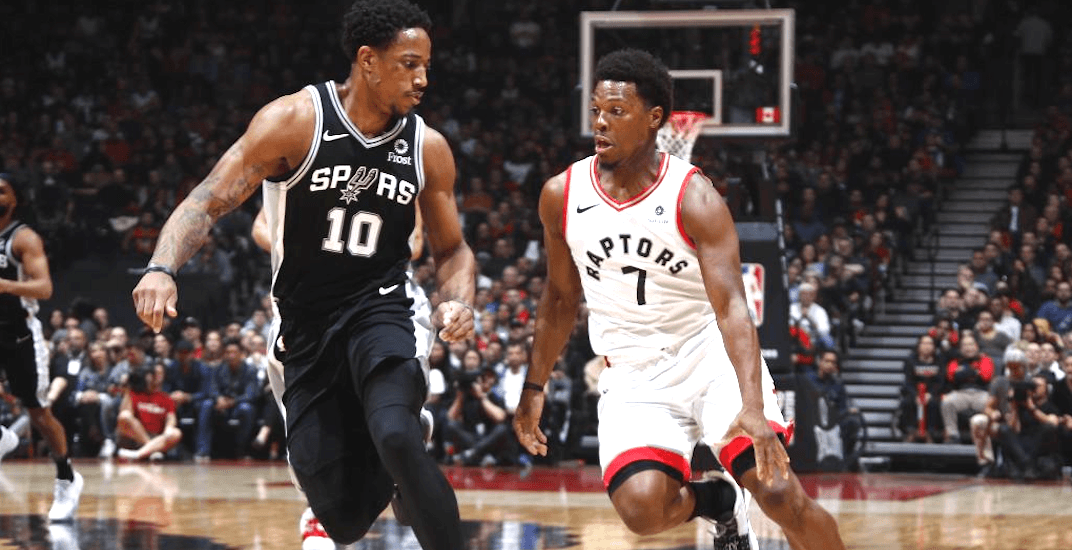 Basketball fans had Friday’s Toronto Raptors game circled on their calendars ever since last summer.

Playing in Toronto for the first time since being traded to San Antonio, DeMar DeRozan’s return has set a new Canadian viewing record.

The Raptors’ 120-117 win against the Spurs drew more than 2.5 million unique Canadian viewers on TSN, with a peak audience of 1.3 million.

Fans tuned in for the late-game heroics by Kawhi Leonard, but also for the video tribute and standing ovation for DeRozan earlier in the game.

With an average audience of 710,000, it set a new Canadian television record as the most-watched regular season NBA game on record.