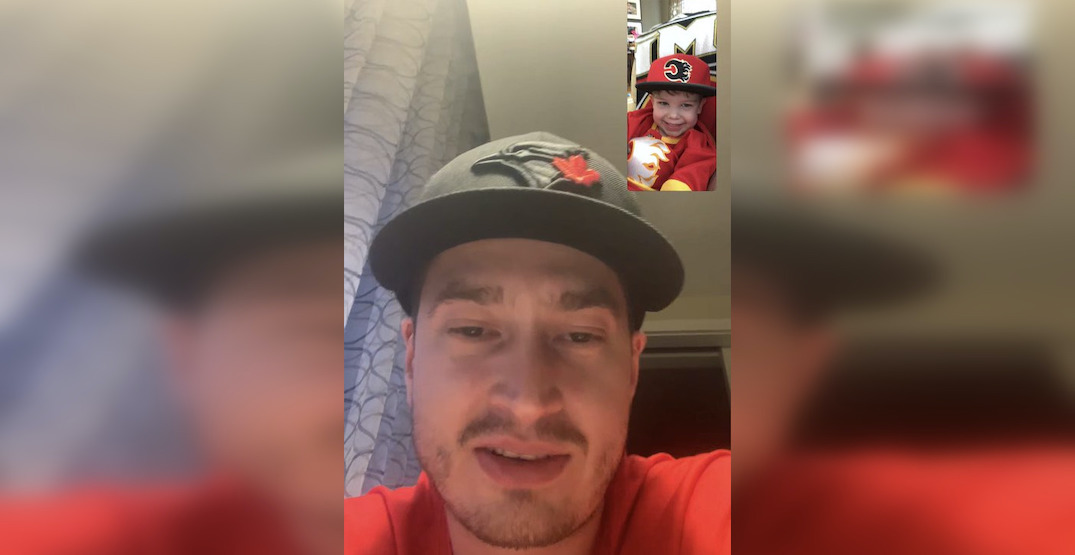 New Toronto Maple Leafs goalie David Rittich was able to brighten a young Calgary Flames fan’s day after he was traded away.

When the Flames traded the 28-year-old to the Leafs this past Sunday, many in Calgary were sad to see him go. None, perhaps, than this heartbroken four-year-old Flames fan.

Watch the news just break his heart slowly… 🥺 Rittich was his fav… pic.twitter.com/FUTphEWHdh

Rittich played 130 games with the Flames over four seasons. Nicknamed “Big Save Dave” for his clutch play, the Czech goaltender became very popular with the Calgary faithful.

A video posted by @yycBrady on Twitter went viral, as his son had trouble coming to grips that his favourite player had been traded to Toronto. Rittich saw the video and decided to do something to make the young fan happy.

We have reached David Rittich! My guy will be having a one on one chat with him tonight! #CofRed #LeafsForever

A video call was set up with Rittich and safe to say, the young fan was thrilled to talk with his hockey hero.

After the call, Brady went on Twitter again to give an update and say thanks to all who sent in their kind messages. He also added that Rittich has a “fan for life” in his son for being so generous with his time and wanting to talk with him.

Thanks everyone for all the love today for my son! Although he doesn’t understand what’s going on, he is over the moon with seeing himself everywhere! Safe to say, David Rittich has got a fan for life! BIG shout out to him for being so kind to my son #Flames #MapleLeafs #Rittich