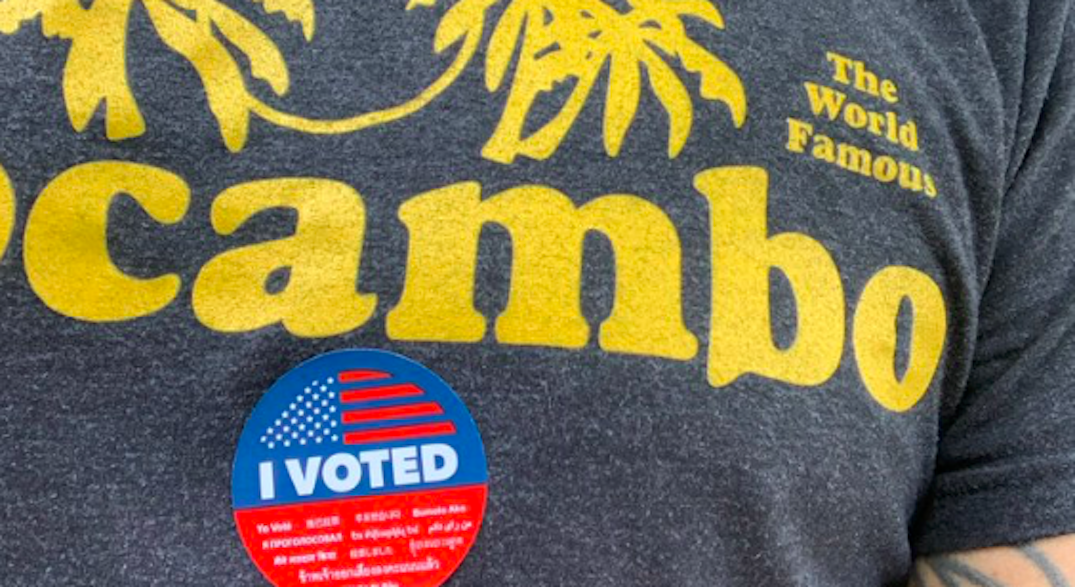 Looks like a favourite Toronto music establishment got some unintentional love in the Twitterverse this week from a music legend.

Dave Grohl, the founder of the band Foo Fighters and former drummer in Nirvana, posted a photo of himself with the “I voted” sticker telling others to do the same on Tuesday.

But the shirt he was wearing gained considerable attention.

The Toronto venue, El Mocambo, was being repped and people definitely noticed.

And others chimed in saying “nice shirt” with someone else loving the Toronto shout out, “El Mocambo! Toronto represented!”

El Mocambo first opened in 1948 and later converted into a rock ‘n’ roll venue with famous performances by the Rolling Stones in 1977, Elvis Costello in 1978, and the White Stripes in the early 2000s.

With Grohl giving an inadvertent shoutout to the Toronto staple, many are hoping the Foo Fighters might one day perform there.