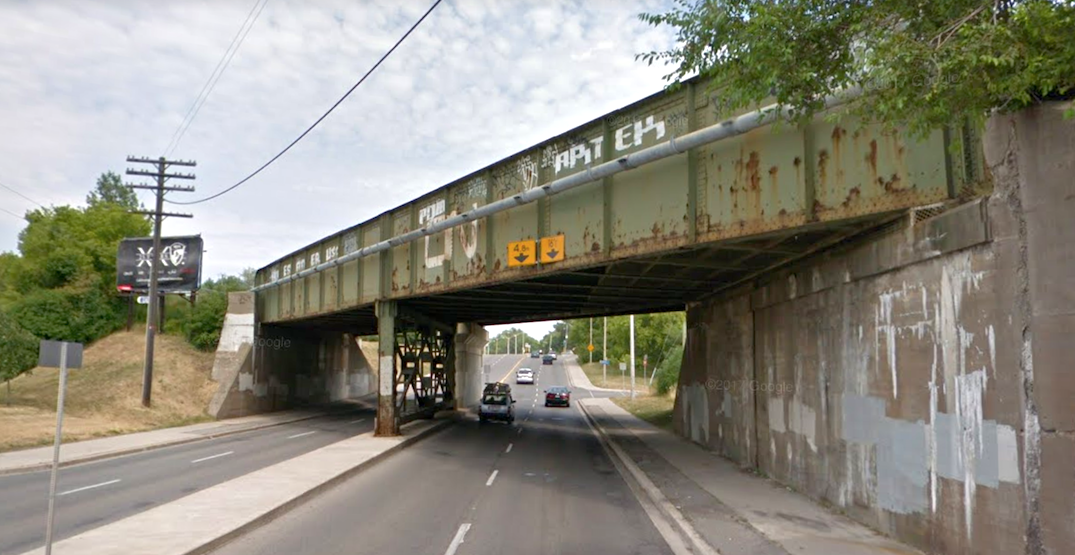 Metrolinx is asking drivers to give themselves more travel time if they’ll be taking Danforth Avenue in November and December due to planned construction causing traffic delays.

Beginning next month, the arterial road will be reduced to one lane in both directions between Scotia Avenue and Eastwood Avenue to make room for construction crews widening the Danforth bridge.

The construction, which will accommodate a future fourth track along the Lakeshore East line, comes as part of Metrolinx’s GO Expansion plan that would see faster and more frequent service along the line. The work is expected to continue on into late December. 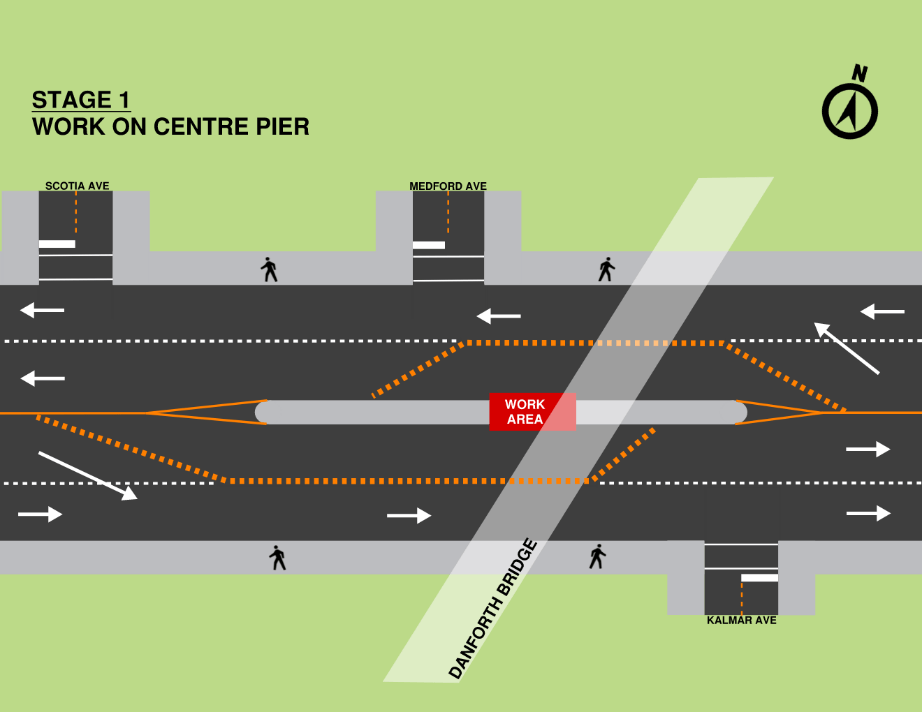 A map of the planned lane changes between Scotia Avenue and Eastwood Avenue. (Metrolinx)

Sidewalks along Danforth Avenue will remain open, but the TTC bus stop at Medford and Danforth Avenue — part of bus route 20 — will be relocated 50 metres west on Danforth. There will be delineators installed on the road and directional signage put up to help drivers navigate the area.

Construction will take place Monday to Friday, from 7 am to 7 pm. Metrolinx is warning those in the area that “noise, vibration dust, and site lighting” can be expected.

“People travelling in the area should leave themselves extra time as it could take longer than usual to drive through the construction zone,” Metrolinx wrote in a blog post announcing the work.