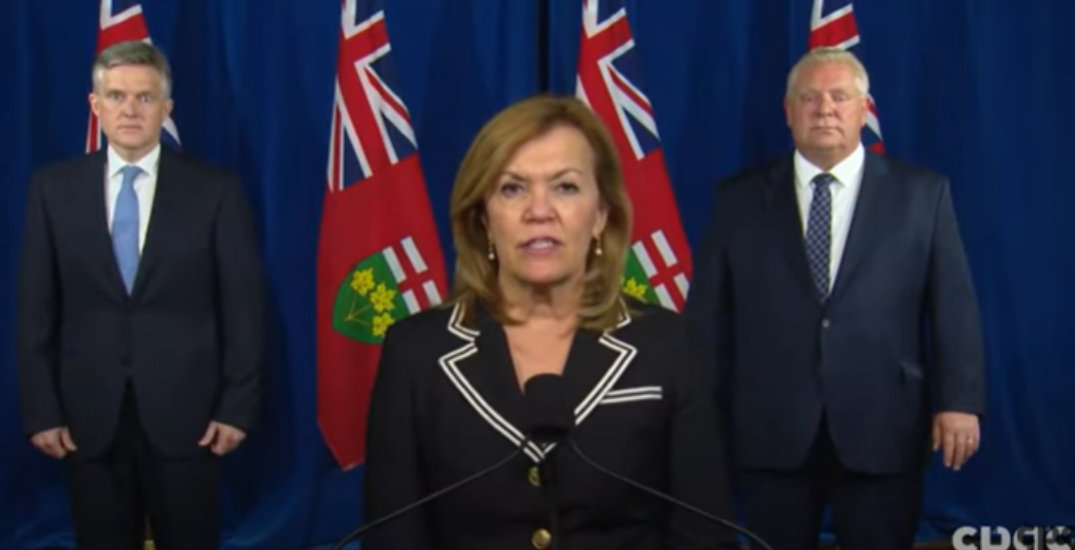 Two of Ontario’s top health officials have say Thanksgiving gatherings are the reason for the recent spike in COVID-19 cases in the province.

At separate press conferences on Monday, Ontario Health Minister Christine Elliott and Toronto’s Medical Officer of Health, Dr. Eileen de Villa, said that the record-breaking  numbers in the province are due to Thanksgiving gatherings.

“I think it’s reasonable to think that part of the surge we’re seeing in Toronto is tied to Thanksgiving,” de Villa said. “It’s been 14 days since Thanksgiving Monday. Between October 12 and 25, we saw 3,907 new COVID-19 cases in our city.”

Dr. de Villa urged Torontonians to go about daily life in ways that reflect the things that matter to them, adding that the choices we make over the next few weeks will determine what the next few months of the pandemic will look like.

She said that 16 people have died from coronavirus in Toronto since October 19.

Likewise, Minister Elliot said the impact from Thanksgiving is adding to the increase in community transmission the province is seeing. She also noted that some of the areas Ontario moved into a modified stage 2 – Toronto, Ottawa, Peel, and York Region – are seeing their numbers improve with the new restrictions.

On Monday, Ontario reported 851 new COVID-19 cases across the province, with 281 in Toronto. Sunday’s new 1,042 cases marked the highest single-day case count the province has seen since the start of the pandemic in March.