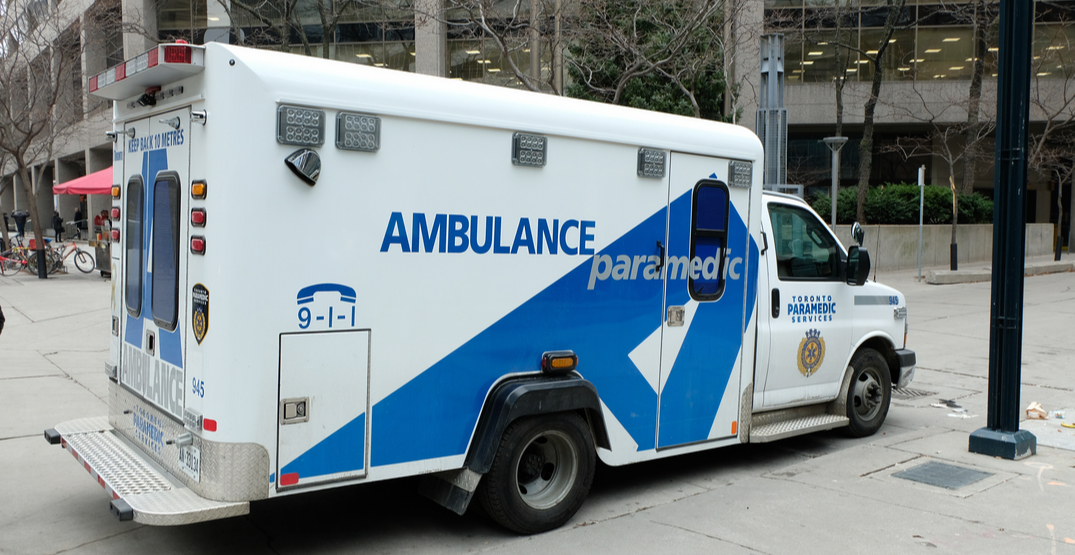 There is more than one health crisis in Toronto right now.

“I want to take a moment to acknowledge that COVID-19 is not our only health crisis,” said Toronto’s Medical Officer of Health, Dr. Eileen de Villa, during a recent COVID-19 briefing.

The other crisis in referral being Toronto’s opioid epidemic. Between July 9 and July 17 alone, there were 16 suspected opioid overdose deaths in the city. Most individuals were under the age of 40.

Last month, June, there were 1242 substance-related hospital visits in Toronto. This is 87 more than the month before. There were also 14 more suspected overdose cases in June than May, at a high of 231.

Toronto has always had a high number of opioid deaths. In 2019, roughly one in five of the 1535 suspected opioid toxicity deaths in Ontario occurred in the city.

Since March, opioid overdose calls to paramedics have also been consistently higher in Toronto. The recent increase has been the worst cluster of suspected opioid overdose-related calls involving deaths since monitoring began in 2017.

And the spike in overdose cases align with the declaration of the coronavirus pandemic. On March 11, the World Health Organization proclaimed the global outbreak of COVID-19 a pandemic.

“Unfortunately, the ongoing opioid poisoning crisis has been further compounded by the COVID-19 pandemic and these dual public health crises are having a significant impact on our community,” de Villa said on July 20.

According to Shaun Hopkins, a Toronto Public Health spokesperson and Manager at Needle Exchange Program, consumption services have had to implement measures that maintain physical distancing. These measures have also resulted in reduced capacities at some supervised injection service providers.

Parkdale Queen West Community Health Centre has been designated as one of the city’s supervised injection services. The services at both Parkdale and Queen West sites (which merged in 2017) are operating, but with reduced hours of operation, due to COVID-19.

Toronto Public Health’s supervised injection site at 277 Victoria Street is now operating using an appointment-based system, once again, as a result of the need for COVID-19 procedures.

Prior to the virus, Public Health was already operating at maximum capacity. Hopkins said that before coronavirus, the system was already not able to meet the needs of some people in ways that reduced their risk of overdose.

And now, things have only gotten worse.

“We know that the unregulated drug supply is having a devastating impact on people who use drugs. Too often there are unexpected drugs or contaminants in the drugs people are consuming, and this is resulting in fatal and non-fatal overdoses.”

City Councillor and Chair of the Toronto Board of Health, Joe Cressy has recently tweeted his concerns saying that this is a “painful and preventable crisis.”

“The combination of a seriously tainted illicit drug supply and inadequate harm reduction services, especially during COVID, is wreaking havoc on the streets for people who use drugs,” Cressy said.

Hopkins, Cressy, and Dr. de Villa have all called out to their provincial and federal counterparts. In May, Toronto Public Health made “several” recommendations to the Board to request support from both federal and provincial governments, for the expansion of safer supply programs.

Toronto’s health officials are not the only ones to contact Canada’s higher government to discuss illicit drugs. British Columbia Premier, John Horgan, recently sent a letter to Prime Minister Justin Trudeau regarding the decriminalization of people who use drugs.

“British Columbians continue to experience unprecedented rates of overdose-related harms including death due to an unregulated and increasingly toxic street drug supply,” the letter reads.

“Overdose continues to be the leading cause of unnatural death in British Columbia and life expectancy at birth is declining in the province largely due to the public health emergency.”

Altenberg has worked at the health centre for 15 years and has been making plans with infectious disease specialists since the centre started monitoring COVID-19, back in January.

The centre has also had to take precautionary measures at their safe consumption sites because of the virus.

“We separated the booths and taped up plastic tarps everywhere, to keep people safe and distant from one another. Our staff are wearing full protective gear. It looks like a field hospital,” Altenberg said.

“People are freaked out and distrustful: these are people who have been criminalized and stigmatized for years, so when the services start to feel like policing, that’s hard for them to take.”

Upon arrival, clients are approached by an employee in a full suit of scrubs for a precautionary screening. Their temperatures are taken and they are asked everyday, if they have travelled out of the country, even though it’s “utterly unlikely based on their life circumstances.” These measures can feel like “discrimination” to clients.

In 2019, the cause of death of 33% of people experiencing homelessness in Toronto was due to drug toxicity. That is a higher percentage than any other cause of death.

“One man is camping near a pavilion on Lakeshore Boulevard, and set himself up just outside the caution tape so he wouldn’t violate the bylaw, instead of setting up underneath the shelter,” Altenberg said.

“Another man tested positive for the virus and refused to go back to his shelter so he wouldn’t infect his friends; he slept on the streets instead.”

In May, there were 287 suspected overdose calls to paramedics. This included 25 deaths and followed 25 suspected opioid overdose-related deaths in April. Once again, the numbers from April-May are the highest Toronto has seen since September of 2017.

“We mourn the loss of colleagues, friends, and loved ones who are victims of a long-standing crisis and poisoned drug supply, as well as those who have died from COVID-19,” Toronto Public Health said in a Drug Alert.

Toronto Public Health has a list of recommendations to prevent overdose, which includes not using alone, using a supervised consumption service if possible, and getting naloxone.