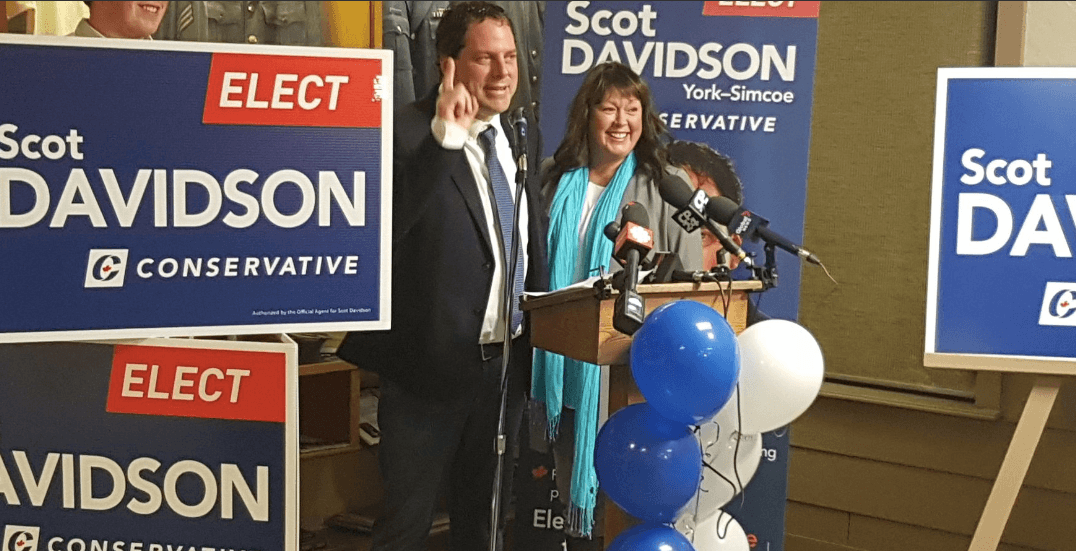 Federal Conservative candidate Scot Davidson has won the by-election in the riding of York-Simcoe.

With 107 of 136 polls reporting, Davidson was projected as the winner with 6,595 votes, compared to his next closest competitor, Liberal candidate Shaun Tanaka, who came in with 3,833 votes.

“Small business has lost its voice in Ottawa and I just want to thank small business for coming out for me tonight,” he said. “Today was a grind.”

Davidson thanked his supporters, and all those who had worked on the campaign trail with him.

“We all did this together in this campaign, and I really, really am proud of that and I really want to thank the voters,” he said. “I’m really proud that they came out to support a strong Conservative candidate and thank you very much on that.”

Davidson said he wants to “be an MP for everyone” and that he’s “the type of guy that I want people to pick up the phone and have a conversation with.”

Although he recognized it was his name on the ballot, Davidson said everyone worked together to keep the riding Tory blue and “together we sent a message to Justin Trudeau that his days are numbered as Prime Minister.”

Thank you to everyone who supported Scot the new M.P. for York Simcoe during this campaign #scotdavidson #yorksimcoe pic.twitter.com/y3s3Ghpm3l 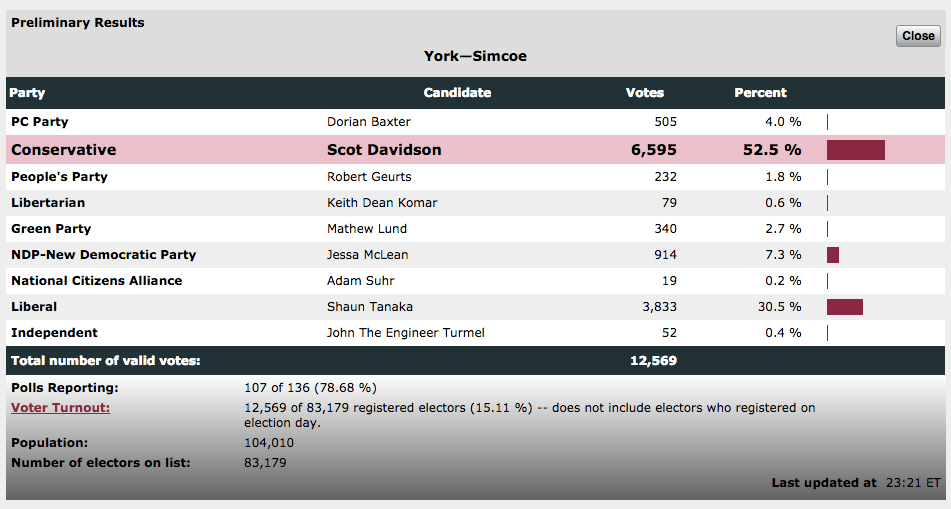