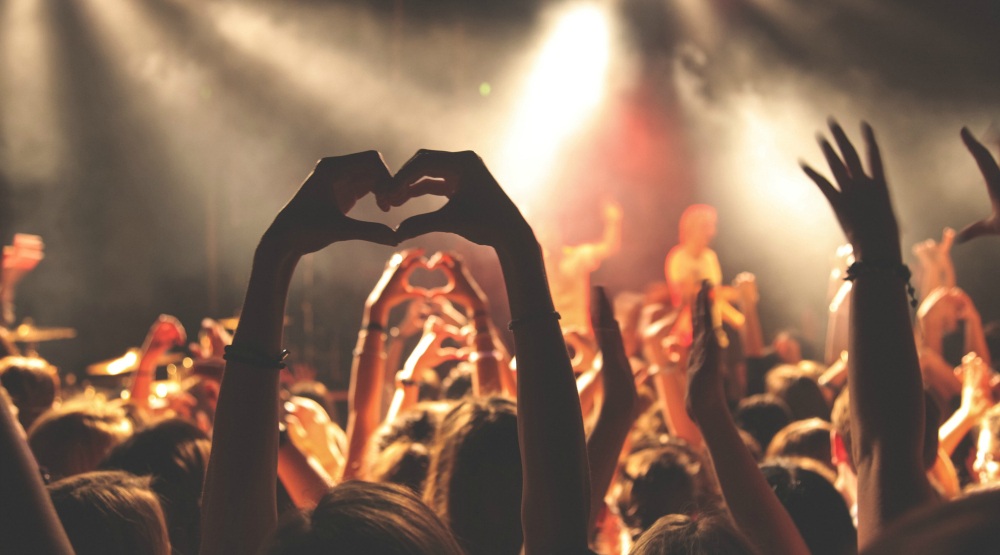 Prime summer month, and just after music festival season, we’re getting bands and artists rolling through as part of summer tours. Lucky us!

And with more 90’s bands making a come back, and one legendary Canadian band taking a final bow, this month is all about concerts and shows for every music lover in every genre. Enjoy the outdoor summer concerts while you can!

October’s (or as we like to say, our) Very Own, Drake’s very own fest continues on August 1. Already sold-out, for both days, but we bet the July 31 will leave everyone with enough FOMO to find tickets for today’s show. And of course, Drake returns to the ACC in October.

One of 2015’s biggest popstars, Halsey returns and is bringing with her the force of Oh Wonder. Halsey’s debut album Badlands is an electro-pop gem, with her voice shining through the 16 tracks. Her live performances are all about her contagious energy, and her loyal fans adore it.

Whether you know her as Ms Hollaback Girl or Gwen from No Doubt, Gwen Stefani has certainly earned her fame in the music industry. Her solo albums have been hits on pop chats, and she’s taking her latest record, This is What The Truth Feels Like,  on the road with her gal pal, Eve.

Missing the festival feels already? Not to worry, Time Festival has you covered this month! Embrace brings us Joey Bada$$, Run The Jewels, Kehlani, and so. much. more. Make sure to check out one of our local faves, CRSB.

Did someone say Goo Goo Dolls? That is right! The 1980’s band from Buffalo have evolved past “Iris” and have released their new album Boxes. Back on the road, John Rzeznik and Robby Takac are in Toronto this month to woo us with other 90’s love, Collective Soul.

Mr. 305! Pitbull and The Bad Man Tour make their way into the Amphitheatre for a night of jamming and dancing. The American rapper, who released his new album Climate Change this year, is bound to sing one – but probably all – of his top 40 hits.

British electronic duo Honne emerged in the scene in 2014 with their single “Warm On A Cold Night,” and have since released a debut studio album with the same name. Check them out as they return to Toronto this month at Mod Club.

X-Factor alums Fifth Harmony are proving to be one of the biggest success stories in the show’s US franchise history. Their 2016 single “Work from Home” is still pumping on speakers, and this five girl crew is taking the world by storm on this 7/27 headline tour.

Toronto’s own bass boys are back. It’s been a while, and now Zeds Dead are throwing a big party at Echo Beach this month. Although a new album has yet to drop this year, 2016 saw the making of Zeds Dead’s new label Deadbeats. This is a rain or shine show!

Party Tun Up! Missing the Caribana feels? Get to this month’s Toronto Reggae Fest. Featuring Mr Vegas, Warrior King, Louie Culture, and more, this is a two-day festival featuring indoor and outdoor performances.

Lil Yachty is definitely lil – 18-years-old to be exact. The young Atlanta rapper/hip hop artist made his name through his single 1 Night (see above), and his unique sound has captured a new generation of rap fans. Catch his debut show in Toronto this month – if you’re able to get tickets!

Legendary Canadian country rockers Blue Rodeo have been making their way across Canada in early 2016. Formed in 1984 and with fourteen studio albums, Blue Rodeo remains one of Canada’s original rock groups. Check out these legends on their summer tour.

After a rocky start to 2015, with long-time Blink 182 member Tom DeLonge leaving the band, Travis Barker and Matt Hoppus began performing with Matt Skiba. Skiba fit right in with the Blink’ers and the trio released their album California this year. Catch the new line up later this month.

Vine-star and Canadian singer/songwriter Shawn Mendes has been a global success since he first began his music career in 2013. His album Handwritten got on top charts globally thanks to his hit single, “Stitches.” Teen pop fans’ dream, Mendes will definitely have some girls screaming at the ACC.

Although British trip-hop band Morcheeba is no longer, former members Skye and Ross are still kickin it as a duo – minus one of the original members. With their new album coming out later this year, this is a preview but will probably include some Morcheeba classics. We hope.

Is it us, or do the 90’s keep coming back? California’s Counting Crows are on tour with Rob Thomas (formally of Matchbox 20). Thomas has been riding a steady wave on his solo career, with three albums released including last year’s The Great Unknown.

Old school rockers Black Sabbath return to Toronto this month as part of “The End” tour. The band just released The End, an 8-track EP that’s is only available for purchase at their live shows. As a fan, you probably won’t want to miss Ozzy and the gang this time.

Kanye West and his Saint Pablo tour pop into the city at the end of the month for two shows at the ACC. What can we say about Kanye West? Kanye loves Kanye – so it should be a great show. And for last minute fans, tickets are still available for both nights.

In case you aren’t all about Kanye, it’s all about the bass at the Molson Amphitheatre on August 30 as Meghan Trainor makes her Toronto stop on the “Untouchable Tour.”  The young starlett has proven she’s more than just about the bass with her second album Thank You, and fans will soon be thanking her after her upcoming TO show!