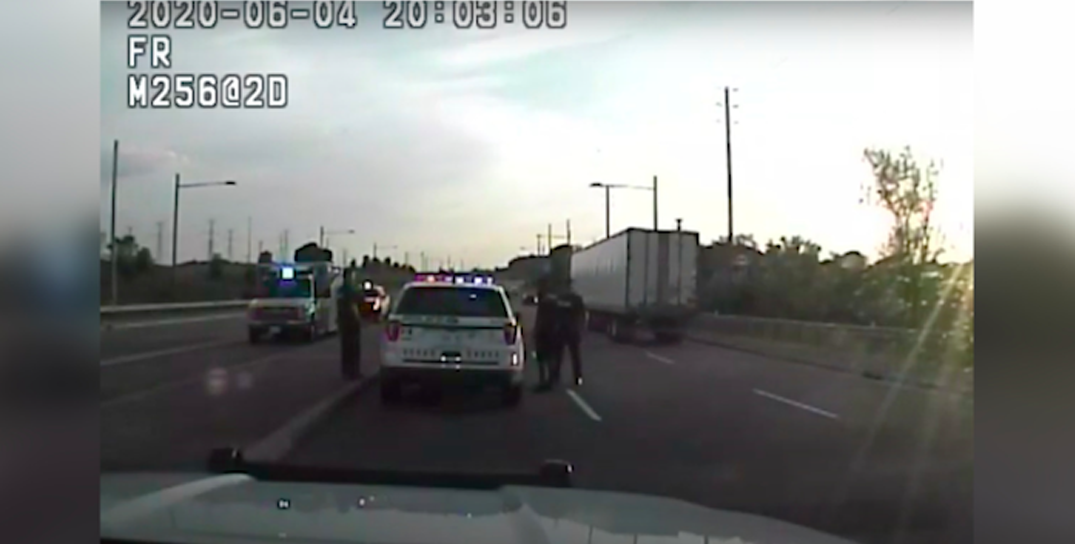 York Regional Police have charged a 23-year-old woman from Vaughan after a “concerned citizen” called 9-1-1 to report a suspected impaired driver.

On Thursday, at 7:35 pm police say they received a call reporting a suspected impaired driver in the area of Highway 7 East and East Beaver Creek Road.

In the video, the caller can be heard telling the police that the car is all over the road, nearly hitting other vehicles.

Police say, while they were en route, concerned citizens used vehicles to block in the suspect after she had stopped in the area of Highway 7 East and Bathurst Street.

“When officers arrived they saw that the suspect driver was showing obvious signs of being impaired by drug,” the statement says.

The driver was placed under arrest and paramedics were called to the scene.

She was then taken to hospital “out of concern for her level of intoxication.”

The suspect was later released from hospital with no injuries and has been charged with impaired driving and dangerous operation of a motor vehicle.