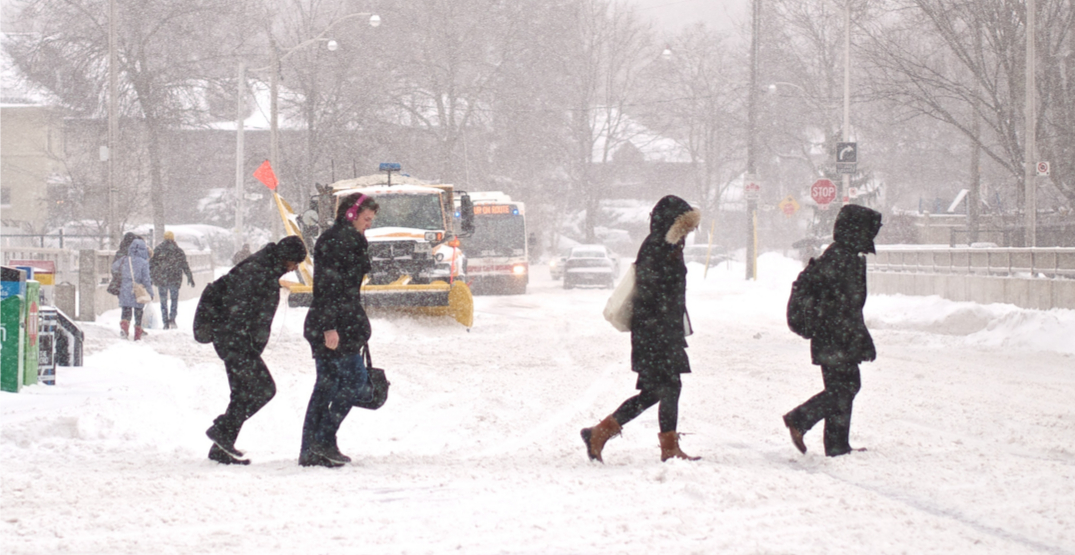 Following a travel advisory from Environment Canada on Thursday, a messy commute was expected for the City of Toronto.

The advisory remained in effect until Friday morning, and while it has now been lifted, the commute hasn’t gotten any easier.

“This snowfall may have major impacts on the commute this evening as well as the commute Friday morning,” warned Environment Canada in the weather advisory issued early Thursday morning. “Motorists should plan for extra time to reach their destination.”

Environment Canada forecasted snowfall of 5 to 10 cm across the region, and Friday morning’s snow was mixed with rain.

The commute remained an issue this morning, as the OPP reported multiple collisions throughout the city. 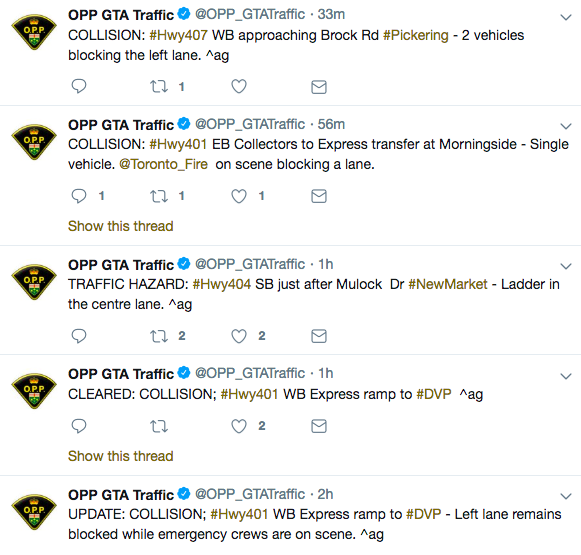 In Southwestern Ontario, OPP responded to over 340 crashes in 4 hours on Thursday. In Toronto, over 40 crashes were reported by Thursday afternoon.

The #SeeSnowGoSlow warning came too late for this driver. ❄️

Please use extra caution when entering or exiting the highway pic.twitter.com/as9X8bLFgm

And drivers weren’t the only ones facing commuting issues.

According to the TTC, all streetcars were experiencing delays following downed wires.

TTC spokesperson Brad Ross said that buses were supplementing at the time. “We had a loss of power at Leslie Barns. Power is back and regular service is starting to roll,” he said.

Streetcar customers on all routes may experience delays of up to 15 minutes due to earlier downed wires.

Most streetcar services have resumed, although some still continue to see delays.

510 Spadina: Customers may experience a wait of up to 5 minutes for their next vehicle due to an earlier downed wire.

Toronto police said side streets are still slick but most major routes are clear this morning.

Mixed precipitation will continue on Friday morning, with about 4 more cm of snow forecast to fall before the end of the day.

It’s supposed to reach a high of 2°C and snow is expected to stop around noon. 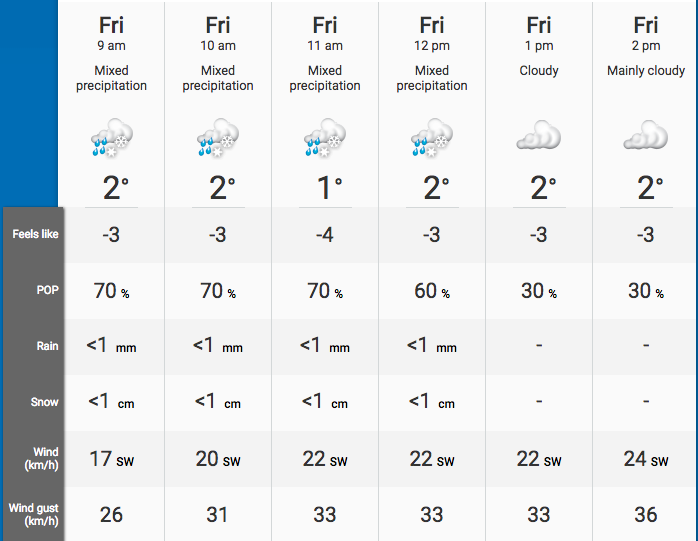 Be safe out there, Toronto!