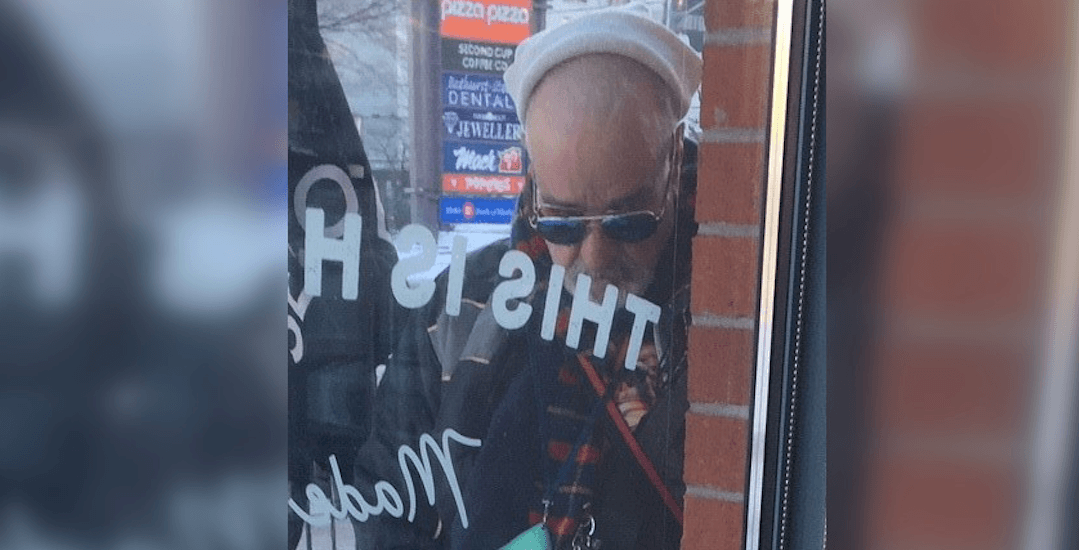 York Regional Police is looking to identify a man who allegedly committed an indecent act in Vaughan.

According to police, on Monday, January 28, officers were called to a coffee shop located in a plaza on the northwest corner of Steeles Avenue West and Bathurst Street, for a report of an indecent act.

When police arrived, they spoke with witnesses who advised that at 7:45 am, the suspect was asked to leave the coffee shop.

Police say he became upset and caused a disturbance within the shop, then as he was leaving, exposed himself to customers through the front window of the shop.

Investigators have exhausted all leads and are releasing an image of the suspect and seeking public assistance to identify him.

He was wearing a white hat, dark-coloured coat, scarf and a turquoise-coloured mobile device around his neck.

Can you help us ID this man wanted for an indecent act? After being asked to leave a coffee shop in the area of Steeles/Bathurst he exposed himself to customers through the front window. Call 866-876-5423 x7441 with any tips on his identity. pic.twitter.com/vE36HILQE0