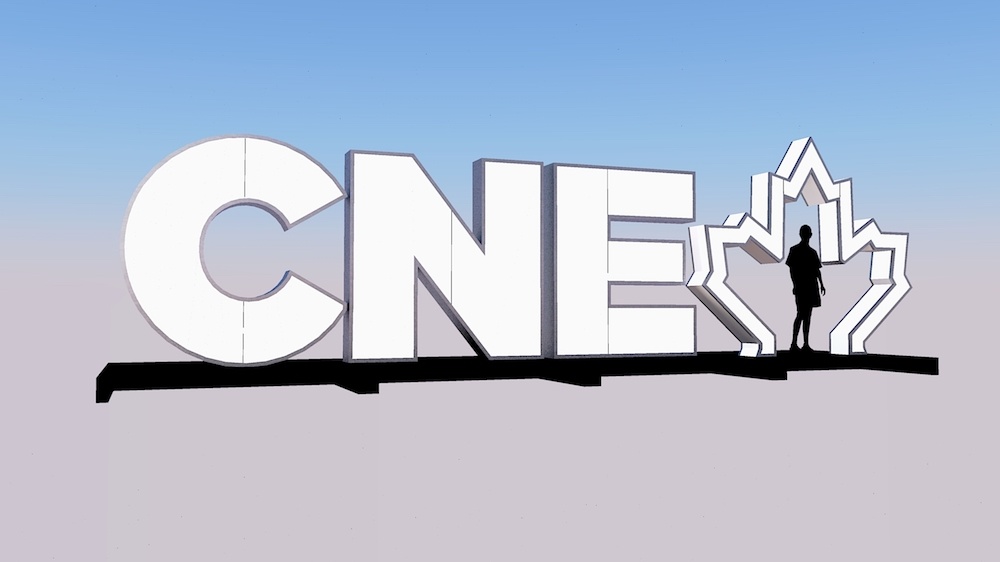 Get ready for a new look at the CNE.

A new selfie-spot is about to be unveiled at the popular summer destination. The CNE sign is getting a makeover, and will soon be an Insta-worthy hotspot.

According to the CNE, an 8-ft tall sign with a Canadian maple leaf (to commemorate Canada’s 150th) will be illuminated on the west end of the Exhibition grounds near the Princess Margaret Fountain this year. The new sign is one of several new features and attractions with a True North theme for the 2017 season of The Ex.

This, of course, in addition to everything we know and love about our summers at the CNE.

Last year, CNE attracted 1.54 million people during its 18-day run from August 19 to September 5. With Canada’s 150 celebrations, there’s no doubt that number will increase this year.

The CNE opens on August 18 and will run until September 4.

Twitterverse, we are pleased to introduce you to the CNE Sign – Coming to you this year at the 2017 CNE! #letsgototheex #toronto pic.twitter.com/bowg9wRsw2