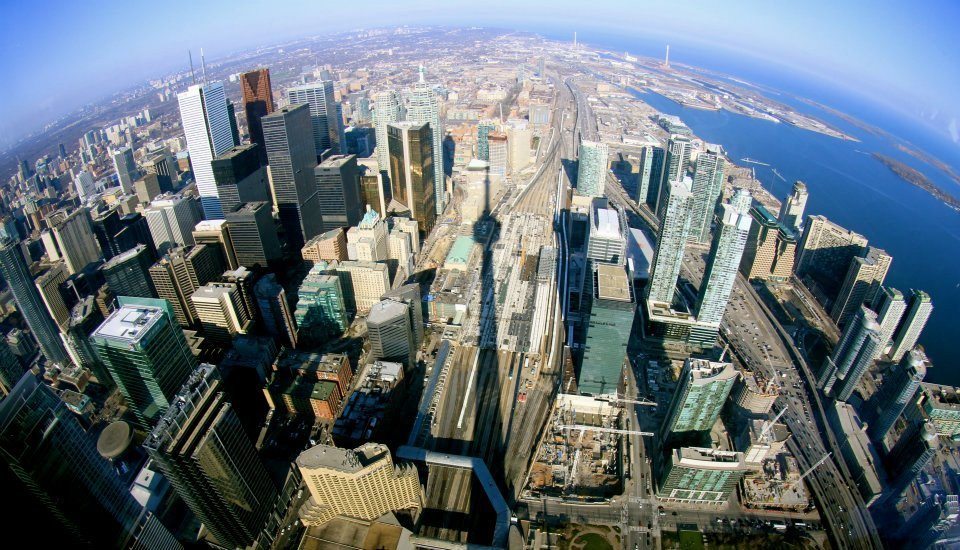 Repeat: No one is tearing down the CN Tower.

We wouldn’t blame you for thinking so though. Thanks to several articles today – based on a single source – with headlines claiming the famed Toronto landmark is under some kind of threat.

So let’s be abundantly clear here: the CN Tower is in absolutely NO danger whatsoever of being torn down. Not now, and not anytime in the near (say, at least 50-100 years) future.

The articles spreading around social media today are based on a single piece written by one of the designers involved in building the CN Tower 40 years ago. Patrick Quinn, a co-founder of the architectural firm that co-designed the CN Tower back in the 1960s, posits in an article for The Star that if – one fine fairytale day – the land beneath the tower ever became more valuable than the tower itself Canada’s most famous structure would maybe, possibly (but not really) be in danger of being torn down for a more profitable structure (see: condos).

This isn’t even a rumour, it’s a hypothetical scenario being sent out as near fact.

It’s like suggesting that in a not too far off dystopian future food could be more valuable than gold. Sure, it could be. But a lot of things have to happen before we arrive at that point.

The Eiffel Tower could also be torn down (and, indeed, was originally planned to be in 1909), but we shudder to think of being in the politician’s shoes who suggests the idea.

Before we even have to point out that the CN Tower is recognized around the world as a symbol of both Canada and Toronto, that it was named one of the 7 Civil Engineering Wonders of the World, and that safely and strategically bringing down the tallest structure in the Western Hemisphere as it rests in the middle of the 3rd largest city in North America would be an engineering feat perhaps even greater than its original build, we just have to look to the current numbers to know how ridiculous this suggestion is.

So to recap, a structure that is internationally recognized as a world wonder, banks tens of millions of dollars a year, and represents a city, province, and country could be torn down ’cause one guy suggested it was possible.

And you could be killed by a penny thrown from the top of the CN Tower.

In both cases, we’ll take our chances.