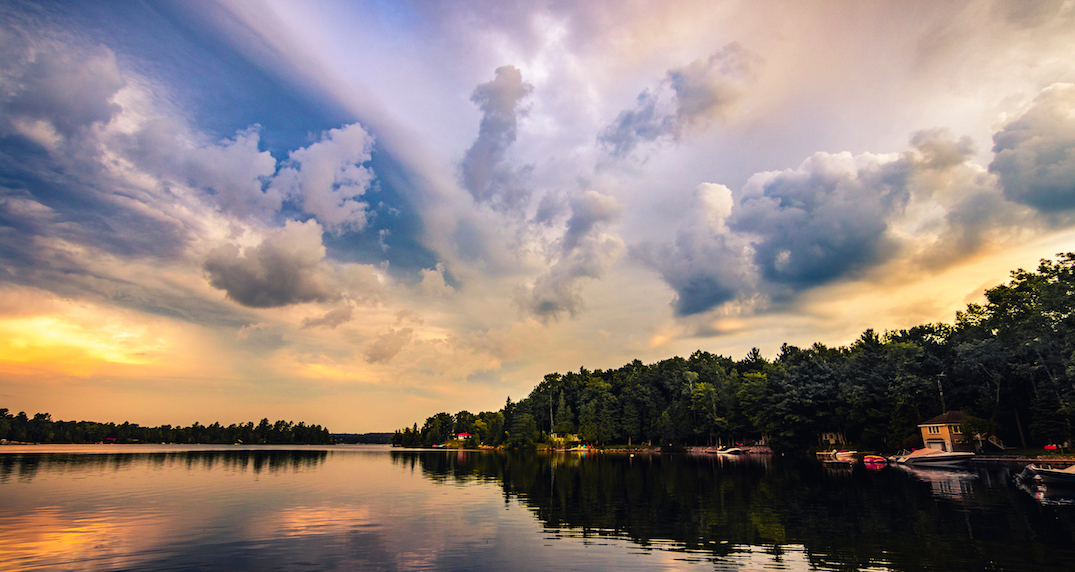 The 11 visitors to the Muskoka region who tested positive for COVID-19 earlier this week, have now been linked to the GTA.

The Simcoe Muskoka District Health Unit confirmed to Daily Hive that the Medical Officer of Health, Dr. Charles Garner, said the cases were people living in the GTA.

When asked about the incident, Ontario’s Chief Medical Officer Dr. David Williams said, “you can’t say ‘Well, it’s a holiday and we just slip, we let the standards slide.’ That’s not acceptable,” during a briefing on Thursday.

Williams urged residents that if they’ve been in contact with an infected person to avoid travel. “If you’re positive, don’t go,” he said. “If you have signs and symptoms, don’t go.”

Williams noted that this is how coronavirus cases could spread across the province from a tourist area that thousands of people are passing through. And, it puts the residents of the Hunstville area in an unfair position.

“I understand those ones at those gatherings were not exercising the six-foot distancing. They probably weren’t in the same social circle,” Williams said. “Respect those local people … we do not want to spread infections up in that area in any way at all, at any time.”

On Wednesday, it was reported that about 30 people in the group of the GTA residents who tested positive, stayed at the Deerhurst Resort and also dined at the Three Guys and a Stove restaurant in Huntsville from August 1 to 3.

“None of them had symptoms at the time, individuals among them developed some symptoms after when they went home, out of region, and sought testing with results coming back being positive for 11 of those individuals,” said Gardner at the time.

The health unit is in the middle of investigating possible contacts at the restaurant and resort to determine who should go into self-isolation and get tested.