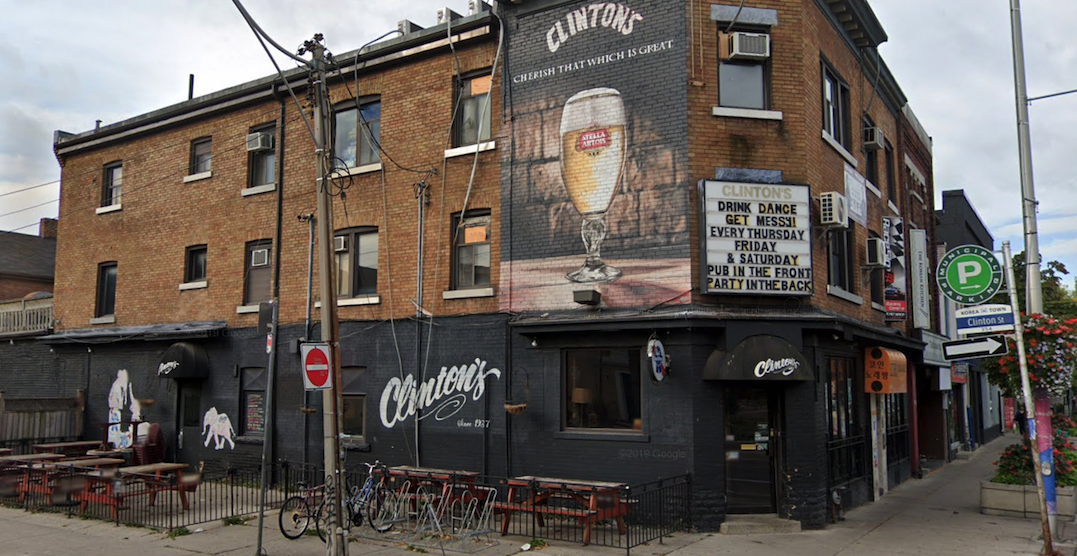 Since Clinton’s announced its shut-down late last week after 83 years on Bloor West, the city’s bar and music scene has hatched a plan to support the spot’s former staff.

Local musical group Choir! Choir! Choir! meets weekly at Toronto bars to perform, and this week, their Tuesday evening performance at Lee’s Palace, 529 Bloor Street West, will give back to the Clinton’s team.

“Just a few days ago, [staff at Clinton’s] were shocked to find that the bar’s doors had been locked by the landlords because of issues that will come to light soon,” the musical ensemble said on Instagram.

“Regardless of the details, a lot of great people are owed back pay and are suddenly without jobs. So we invite you all to come to Lee’s Palace to sing Lean On Me and contribute to a good cause.”

The venue’s doors will open at 7 pm and the performance will start at 8 pm on February 25. The minimum suggested donation is $10 but, the group says, they will gladly accept more and pass it on to the Clinton’s team.

Word that the beloved Toronto pub had closed its doors after reported struggles with its owner came on Friday, by means of a Facebook post.

“We are truly sorry as this is not what the staff or management of Clinton’s wanted,” the statement said.

“Behind the scenes, we’ve been fighting a tireless battle to keep our doors open … trying to work for each other because we all loved Clinton’s fiercely. We rallied together to do what it took, often without pay, to keep things going.”

The statement declares “greed” and “carelessness” on part of the owner, and thanks patrons who came to the Annex watering hole to dance, watch sports games, and make memories.

The bar also asked if there is an “investor out there who loves this bar as much as we do” with money to keep it open. Anyone interested is encouraged to reach out to Clinton’s directly.