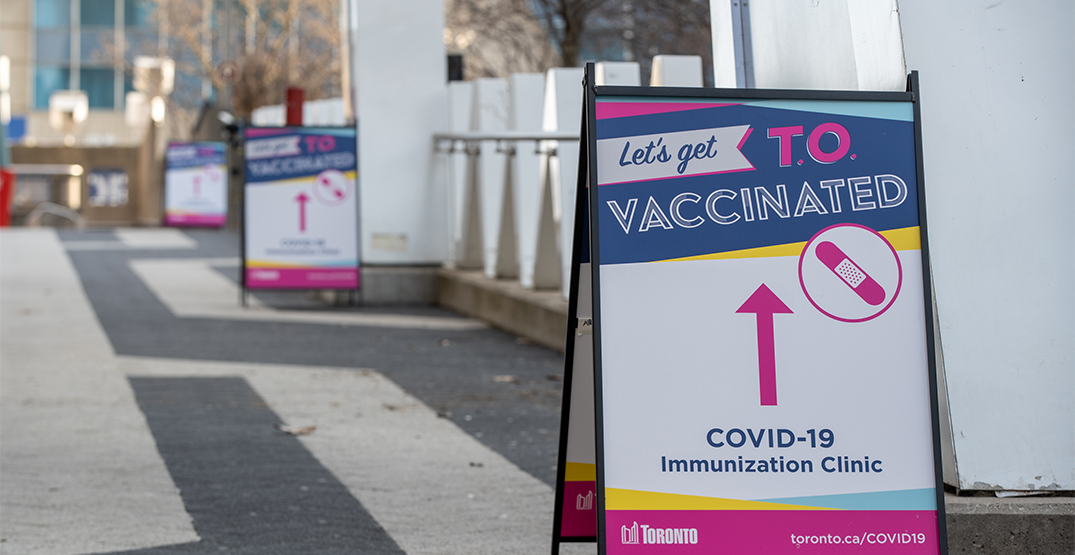 The City of Toronto has provided an update to their timeline for employees to provide their proof of vaccination, and consequences if they don’t.

Beginning on November 1, anyone who works for the City will be suspended for six weeks, without pay, the City of Toronto announced. At any time during that six weeks, employees can return to work if they provide proof of receiving a full course of COVID-19 vaccines.

If they don’t provide proof of vaccination by the time the six weeks is up, they will be terminated from their position. This will happen just before Christmas, on December 13.

The City of Toronto originally announced that they would require staff to provide proof of vaccination in August. Employees had until September 17 to disclose their status and until September 30 to get at least a first dose of the vaccine, according to a press release from the City.

On Tuesday, Ontario’s chief medical officer of health told reporters that medical exemptions for vaccines should be between one to five per 100,000. Dr. Kieran Moore also said that the data he’s seeing from employers and leagues is that 1% to 2% of Ontarians are getting exemptions, much higher than expected.

“The vast majority of City of Toronto staff are fully vaccinated. This policy is focused on protecting the health and safety of all employees. We know vaccinations are the best way to protect ourselves and our community against the continued threat of COVID-19,” Mayor John Tory said in a press release. “I look forward to more staff joining their colleagues in becoming fully vaccinated in the coming weeks so that all of our workplaces are as safe as possible during the ongoing fourth wave and as our city reopens.”