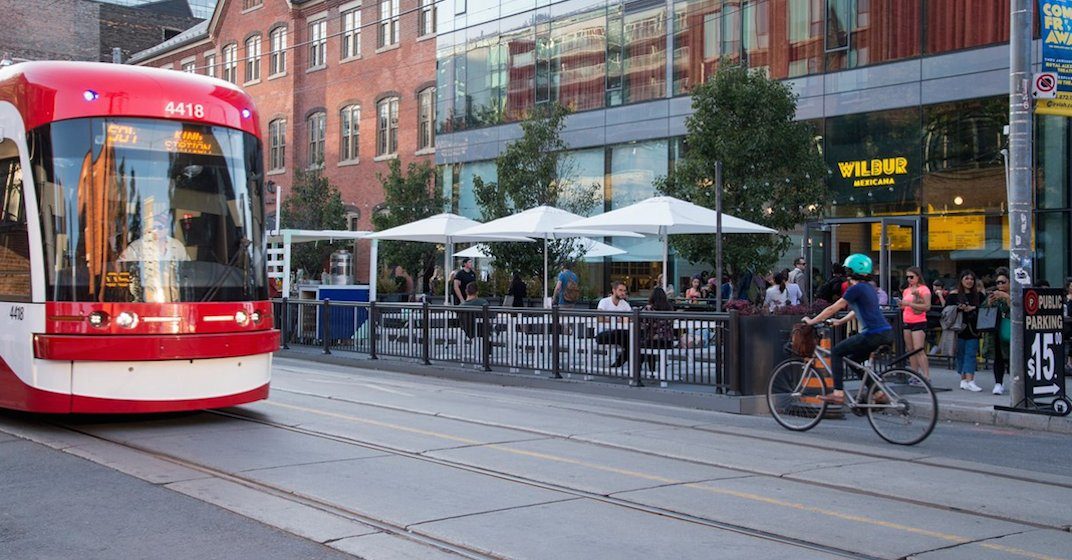 It’s official, the King Street Pilot is becoming a permanent addition in the city.

Mayor John Tory said, “today’s decision by council will ensure we can further build up and improve King Street into the excellent dedicated transit corridor that our city needs.”

A previous report from the City found the neighbourhoods along King Street have experienced tremendous growth in the past ten years and will continue to grow in the future.

It also says that more people are now cycling on King, but that customer spending in the neighbourhoods has slightly decreased (0.8%) after the pilot was installed, with reductions primarily affecting the restaurant sector.

But overall, the City said that the King Street Pilot “has demonstrated, relatively quickly and cost-effectively, its ability to move people more efficiently on transit without compromising the broader transportation road network.”

Toronto transit advocates said this is a big win for TTC riders who have been waiting a long time for faster more reliable transit on King.