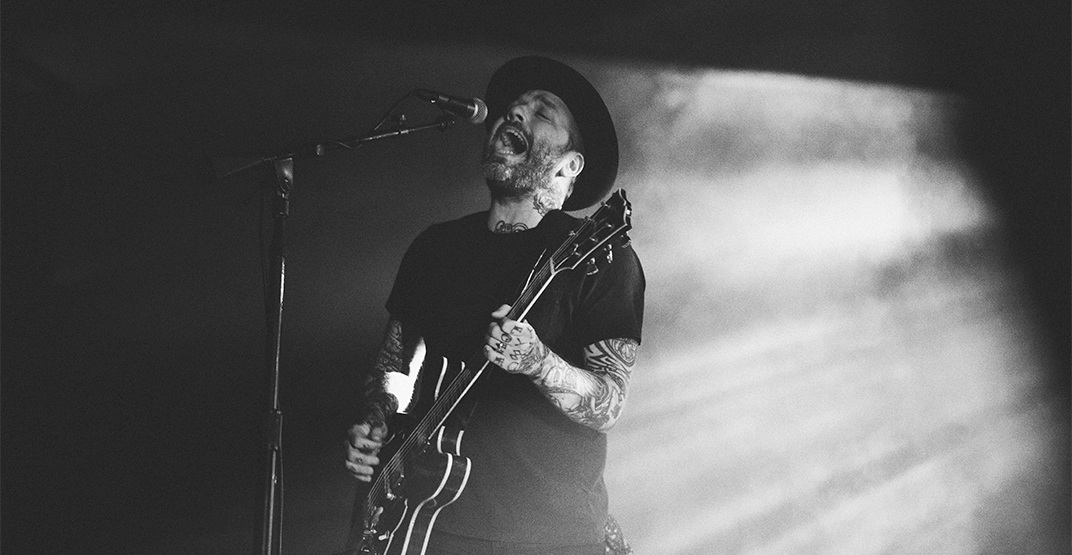 Canadian singer-songwriter Dallas Green, AKA City and Colour, is coming to Toronto this fall.

The “Wasted Love” singer will be performing live at the Scotiabank Arena on Friday, November 22 during his cross-continent tour. City and Colour will be stopping in LA, NYC, Victoria, Calgary, Vancouver, Winnipeg, Ottawa, Halifax, and more North American cities.

Tickets for City and Colour’s Toronto concert are available now via Ticketmaster, however, you could be going along to the concert for free — simply enter the contest below!

To enter for your chance to win two tickets to see City and Colour in Toronto at the Scotiabank Theatre on November 22, 2019, do at least one of the following:

Contest entries will be accepted from the time and date of publishing until 11:59 pm on June 30, 2019. One winner will be chosen at random and contacted through the platform they used to enter.

City and Colour Live in Toronto 2019