Under the new system, theatres that are within the orange “Restrict” level regions can’t have more than 50 people in a building at a time. Current restrictions set a limit of 50 people per theatre.

Cineplex says they will not be reopening their theatres in Toronto, Peel Region, York Region, and Ottawa when areas move into the “Restrict” level. The new measures take effect in Peel, York, and Ottawa on November 7, and in Toronto on November 14.

“From a financial perspective, the capacity limitation the Ontario Government has put in place for cinemas ostensibly forces the temporary closure of all of our locations in the affected areas,” said Sarah Van Lange, Cineplex’s executive director of communications, in an email. 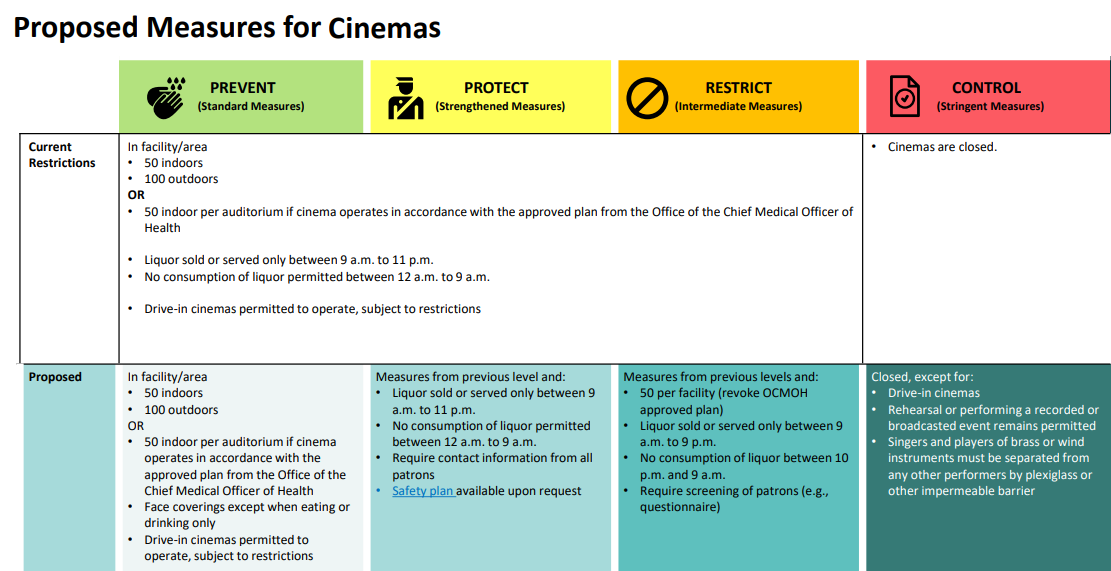 Galaxy Cinemas Cornwall will be closing as the region moves into a “restrict zone” on November 7, said Van Lange.

Theatres in Toronto, Peel Region, York Region, and Ottawa have been closed since early October when the Ontario government placed the regions in a modified stage 2 lockdown.

With 165 theatres across the country, Cineplex is Canada’s largest movie theatre company.