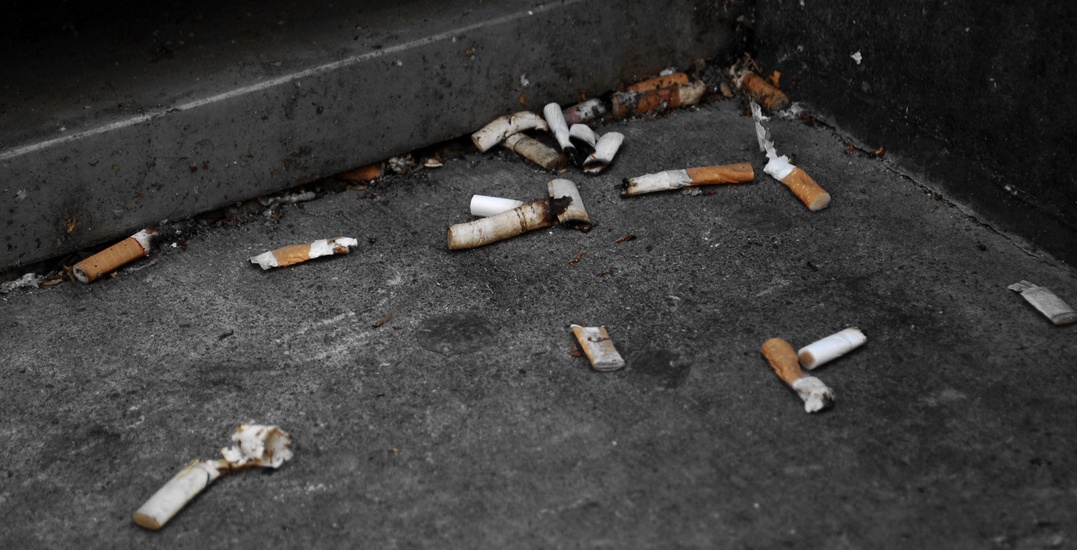 A motion going to city council on Wednesday could result in restaurant owners being responsible for cleaning up after smokers.

In “Keeping our Streets Clean from Cigarette Butt Litter,” brought forward by Councillor Ana Bailão and seconded by Councillor Mike Layton, calls for a response to the issue of cigarette butt litter in front of businesses including bars, restaurants, and other establishments.

“This issue is compounded when the snow melts and the accumulated litter is exposed, resulting in an unsightly streetscape,” reads the summary.

The motion requests a review of the issue of cigarette butt litter, with consideration by the end of the fourth quarter of 2019 about introducing new regulations. Ones that would require business owners and operators to ensure that such litter is removed from in front of their premises as a condition of the issuance of a business licence.

Additionally, it requests that by the end of the year’s fourth quarter, regulations are considered that would require the installation and maintenance of cigarette butt litter receptacles in front of eateries and other establishments.

Reportedly, there have been multiple motions brought forward in relation to this issue since 2012, but there has yet to be a solution.

“With patrons continuing to smoke outside of these establishments, this issue is not expected to go away and specific actions should be considered to resolve this problem,” the motion’s summary reads.