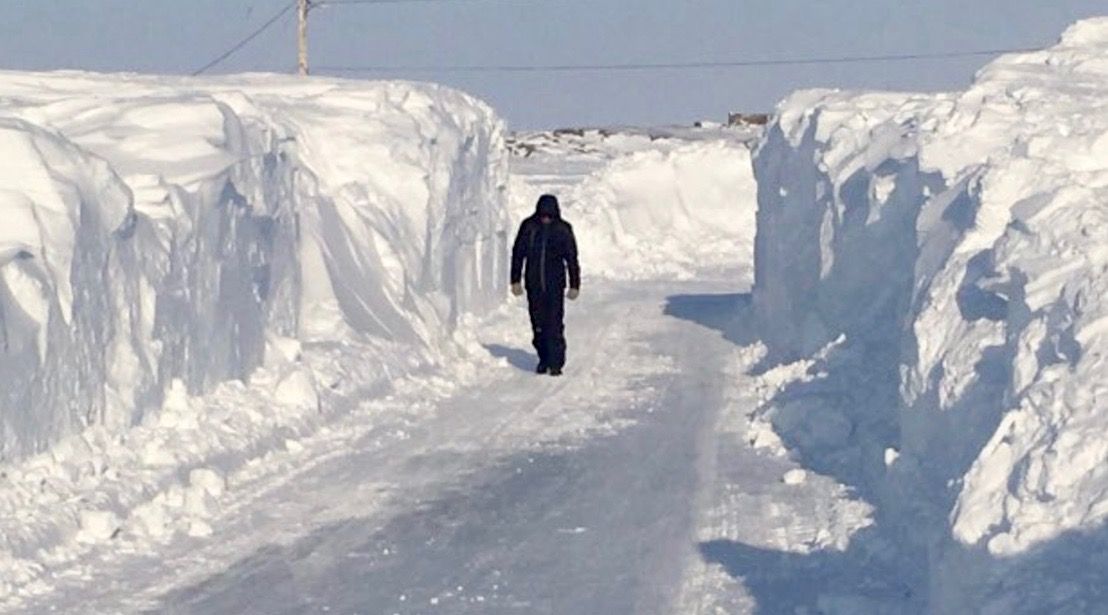 It was three days of snow, snow, and more snow in Churchill, Manitoba.

The northern town declared a local state of emergency after being blanketed in 60 cms of snow during a storm that lasted 57 hours.

“Following the sustained three day blizzard that included 60 centimetres of snow, wind gusts of up to 120km/hr and zero visibility, the Town has now been able to physically assess the extent and impact on the community,” read a statement by the Town of Churchill. “It is evident there is significant clean-up work to be done that will impact the Town’s existing resources to complete this work and bring the community back to a state of normalcy. As a result, Council for the Town of Churchill has declared a state of local emergency until further notice.”

Last Thursday, the town issued an advisory for residents to remain indoors, as the outdoor conditions were “treacherous and dangerous.” By Friday, the forecast included blowing snow with visibility less than 1 km.

The town has been digging out for the past two days, and for snow removal purposes, residents have been advised to place fluorescent markers where buried items are — that’s how bad it was.

Wow!! This is Churchill. My friend’s @corysyoung ‘s car Now that was a significant snowfall! Guess we all prayed a little too hard for snow! pic.twitter.com/XMILao1T7E

The state of emergency will enable the Town “to acquire resources obtain additional personnel and use any real or personal property considered necessary to mitigate the effects of the emergency.”

It’s not clear how long it will take the town to dig out, but by the looks of it, it will definitely take some time.

This video doesn’t really convey the intensity of the wind, which is gusting now at 110 kph. Scary #Churchill #blizzard #mbstorm pic.twitter.com/GW3lWKTS8N

This is from the front of the @polar inn in my hometown of Churchill. The white thing on the left is a bus! #mbstorm pic.twitter.com/eIEoTyNC12

A post shared by Maggie Meiners (@maggiemeinersphotography) on Mar 9, 2017 at 3:01pm PST

The aftermath of #snowmageddon2017. Safely arrived in Churchill. Staying at a hotel until they can get our house dug out..