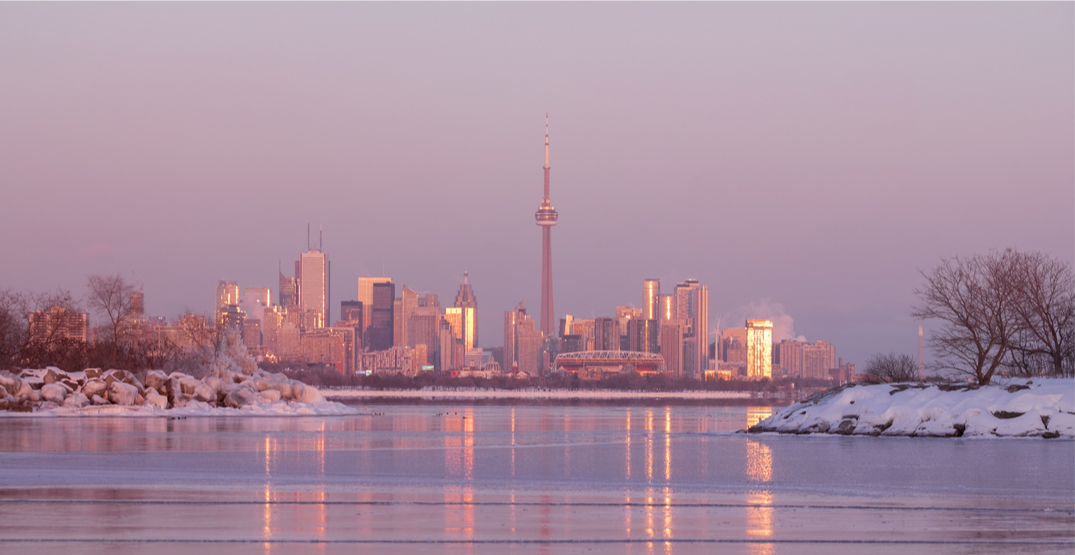 It was said last week, but now it is confirmed. Toronto will not be having a White Christmas this year.

After a mild few days in the city, the pattern is said to continue through to New Year’s Eve, according to The Weather Network.

And we’re not complaining.

But the warmth does get rid of all our chances for any fluffy snow on the ground.

“A few days of very mild weather leading up to December 25 is in the process of wiping out any chance of a white Christmas across much of the region, including Windsor, London, Toronto, and Hamilton,” said Dr. Doug Gillham, Meteorologist at The Weather Network.

For those looking for a White Christmas, Gillham said you don’t need to travel far.

“Most of the lake-effect snow belt areas east and southeast of Lake Huron and Georgian Bay have more than enough snow to keep the ground white through Christmas. Even parts of the Greater Toronto Area that are above the escarpment have a chance to hold on to just enough snow to call it a white Christmas.”

As it stands, Toronto has a 0% chance of a White Christmas. Zero. 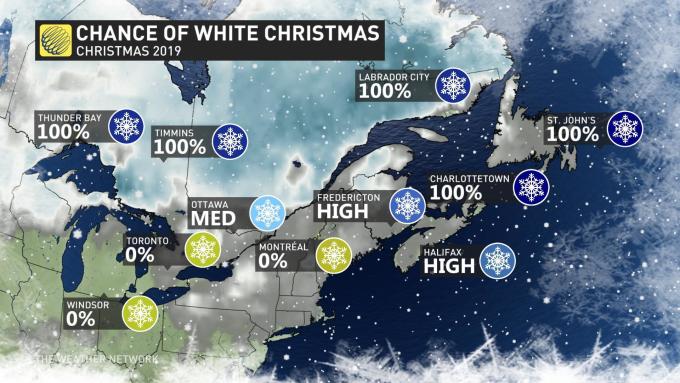 The mild weather is continuing, and Christmas day is expected to feel like 4°C after some fog in the morning.

It’s good news for anyone travelling or driving. 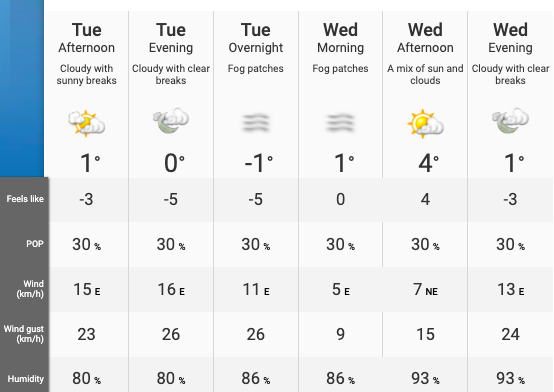