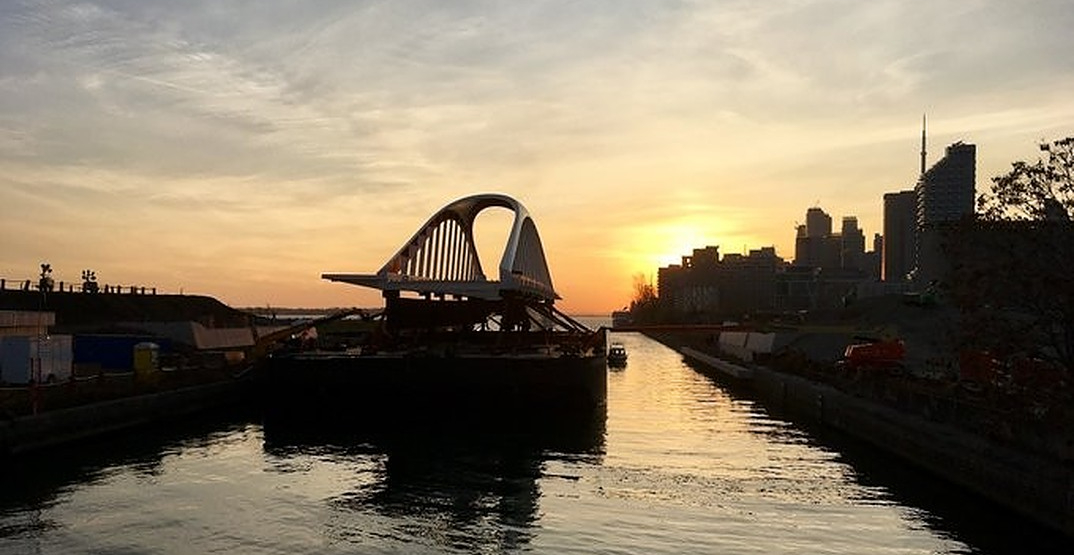 Day trips to Villiers Island are on the horizon as part one of the Cherry Street Bridge arrived in Toronto this past Saturday.

Waterfront Toronto also hosted a watch party livestream on Facebook for Torontonians to oversee the arrival at home.

The very first of four bridges to make the journey from Nova Scotia to Toronto completes a vital step in the restoration of Toronto’s waterfront as slated by the Port Lands Flood Protection project, which will see the modernization of the Port Lands. 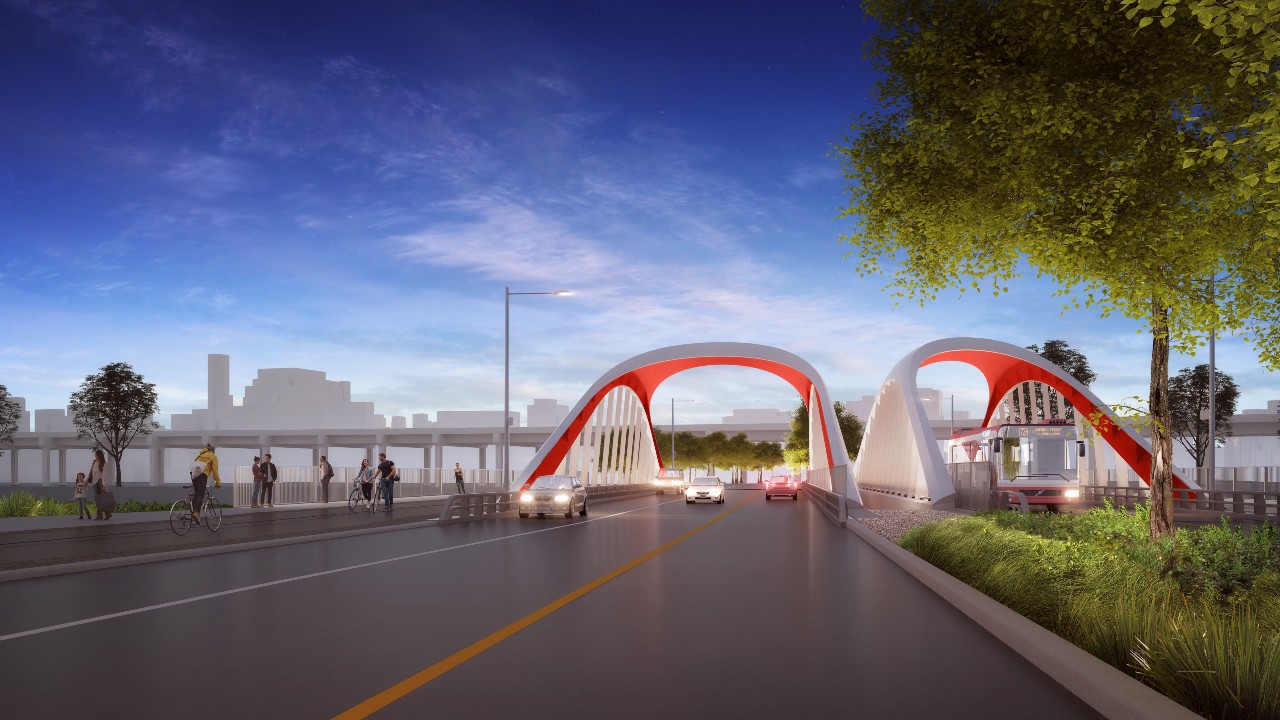 Each of the 57-metre, 350-tonne bridges will connect the new Villiers Island to the main city in efforts to add to Toronto’s “world-class” waterfront and define the city’s image, said Waterfront Toronto CEO George Zegarac.

“Beyond providing critical flood protection, this project is going to deliver a stunning new destination steps from downtown for people to live, work, and enjoy nature, as well as helping to drive Toronto’s economic recovery,” said Zegarac in a release.

Mayor John Tory took to Twitter Saturday morning to commemorate the bridge’s arrival thanking both the on-hand crew and the federal government for supporting the restoration and development of the waterfront.

On this beautiful Saturday morning, I joined many others at the City’s beautiful Waterfront to welcome one of the first four Cherry Street Bridges. This bridge has taken quite the journey from Dartmouth, Nova Scotia all the way to Toronto. pic.twitter.com/leSVBaHz9X

“I know these new bridges will become an iconic part of our waterfront and a signature landmark in our already unique skyline. The Port Lands Flood Protection project is one of the largest waterfront revitalization projects in the world and one of the most ambitious and significant infrastructure projects in Toronto’s history,” Tory said in a news release.

The bridge began the journey from Dartmouth, Nova Scotia, to Toronto last week, a trip that Ontario Minister of Infrastructure Laurie Scott says is a testament to the importance of infrastructure in development and local job support.

“The journey of the Cherry Street North bridge is a shining example of how infrastructure projects connect the country and also build locally. From Dartmouth, out to the Atlantic Ocean, down the St. Lawrence, through the St. Lawrence Seaway, to Lake Ontario and finally to its permanent home on Toronto’s waterfront where the bridge will help to build Canada’s largest city thanks to the manufacturing by the proud and dedicated workers in the Maritimes.”