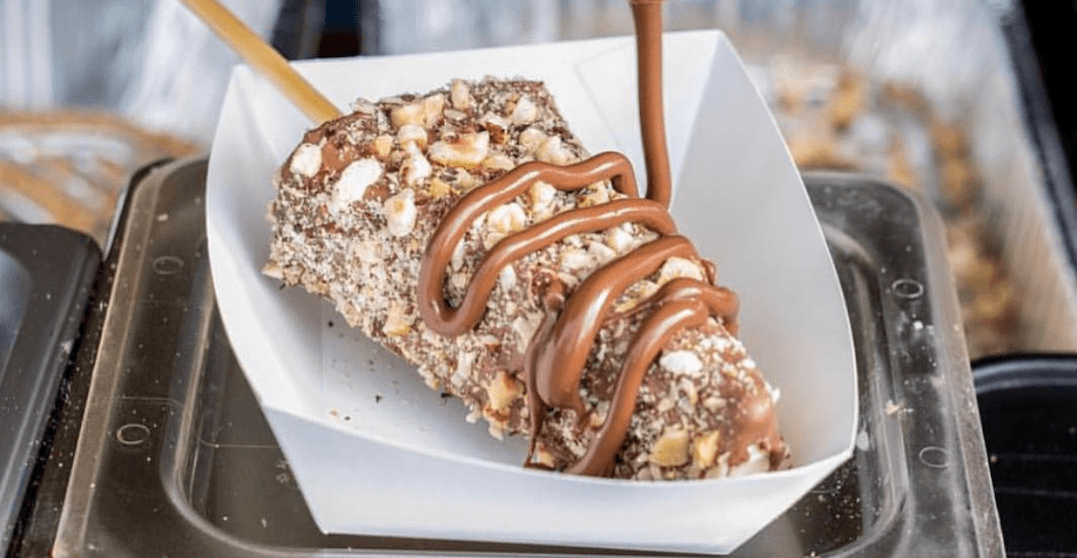 The viral sensation known as cheesecake-on-a-stick is popping up downtown for a whole 10 days starting today.

The popular dessert from the Heirloom Toronto food truck has made appearances across the city, and now, it’s landing at Pokito at 420 Queen Street West.

The sweet spot will be temporarily sharing the storefront with the poké bowl hub, and its visit is probably the best possible way to ring in spring.

Tuck into the creamy goodness of cheesecake, smothered in sticky sweetness, served in an ultra-portable fashion.

Note that these sticks of goodness won’t be served out of Heirloom’s food truck, but will actually be offered inside Pokito.

It goes without saying, this makes for the easiest post-poké dessert-choice ever.