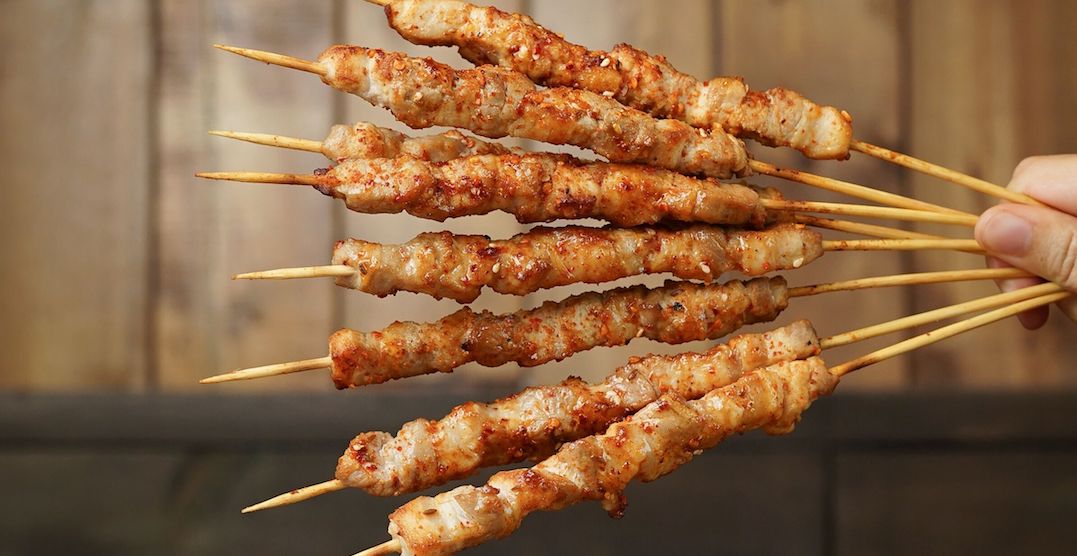 A brand-new, Izakaya-style Chinese eatery is about to bring a new dining experience to Toronto’s north end.

And when it arrives, you’ll get the chance to taste it for free!

Chat Bar, the city’s first Izakaya-style Chinese Chuan’r brand, will be opening their flagship store in North York on October 4.

And on opening day, the first 100 customers to visit the new spot will get to try one of the restaurant’s “special sets” at no charge, which will include the spot’s signature grilled lamb Chuan’r and grilled oyster.

The giveaway will begin at 5:30 pm, so make sure you arrive early!

The eatery is gearing up to serve 60 different types of Chuan’r, which is a Chinese style of skewered meat.

While they’re already serving up eats at 633 Silver Star Boulevard, the new spot at 5312 Yonge Street will boast two floors and seats for 100 diners (read: triple the size of the Scarborough space).

Get ready for some fierce skewered eats!