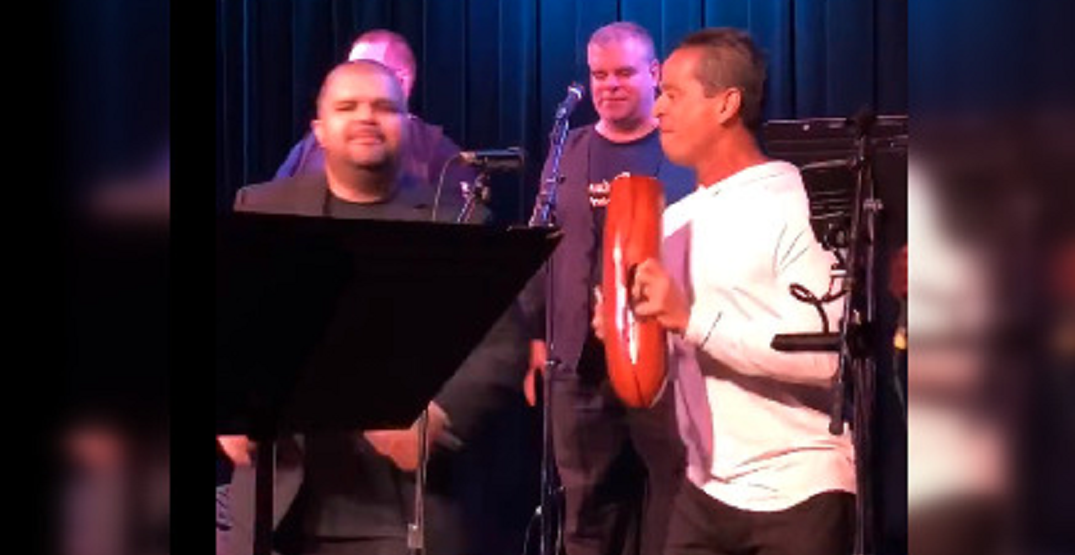 In the fifth inning of Saturday’s eventual 2-1 win over the Houston Astros, Montoyo picked up his second ejection of the season after arguing about a Vladimir Guerrero Jr. strikeout call. Announcer Dan Shulman said the call looked in the zone, but Montoyo took him upon himself to argue otherwise.

The home plate umpire disagreed, and well, Montoyo saw himself watching the rest of the game on television.

Charlie Montoyo has been ejected from the game after arguing with the home plate umpire. #NextLevel pic.twitter.com/Y1cEi34Hx3

It was his sixth ejection of his career, and second ejection of the season, after being kicked out on April 16, exactly two weeks prior. Maybe there’s something about those Saturday games…

But Montoyo decided to shake the whole thing off: literally.

Blue Jays Communications Advisor Richard Griffin shared a video of Montoyo dancing on stage and shaking a guiro alongside a band at Dundas Street’s Lula Lounge, shortly after the Jays’ Saturday win.

Fans couldn’t get enough of the manager taking the time to get loose.

We need a documentary in the works for this team immediately. https://t.co/BhHCtjcwjI

Charlie Montoyo out there living his best life. #BlueJays https://t.co/hADCOfetI2

Montoyo has started to earn blue jays fan respects after getting tossed early on Saturdays game to prepare for his concert at lula lounge. What a guy! https://t.co/NG4YOohH6N

I don’t want to hear another bad word about Charlie ever again https://t.co/K1QUjeK5gN

Charlie Montoyo and the Blue Jays are right back at it today, closing out the series against Houston with a 1:37 pm ET game at Toronto’s Rogers Centre. No word on the skipper’s postgame plans.