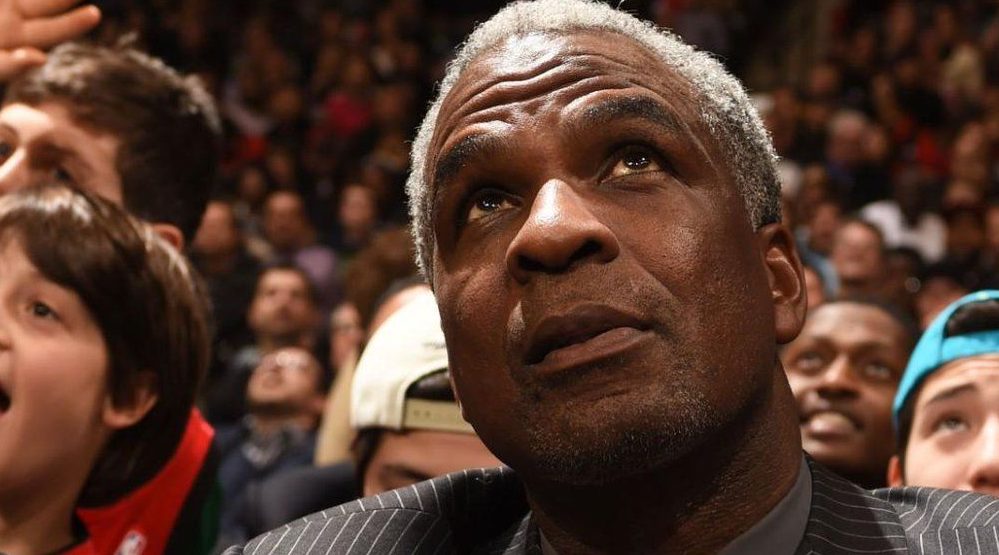 No, not MSG. Your real home… Toronto!

After what happened to you, there is no reason for you to go and support the Knicks ever again.

Oakley was removed from the Knicks home game on Wednesday. But the real controversy has been the fallout since.

Michael Kay just reported Charles Oakley is banned for life from the Garden.

The disrespect the Knicks organization showed him is inexcusable.

The Knicks PR statements? Both of them were horrible, and that would never happen at the ACC. The reports of him being banned for life from MSG are insane if true. James Dolan is a spiteful and selfish owner.

Oakley may be remembered most as a Knick, but he was a very effective player for the Raptors for three seasons near the end of his career.

Oakley played 10 years in New York and that city will forever be in his heart. But now?

Come to a city where the people, and the players, have your back.

More DeRozan on Oak: "We look at him like a legend, the things that he did, the time he was here. So he's always got a home here"

I’d like to see Oak back in Toronto, sitting next to Drake for some playoff basketball.

Unlike the Knicks, the Raptors franchise doesn’t forget the players that played their hearts out for them.

It’s time for Oak to come back to Toronto and be a star again.