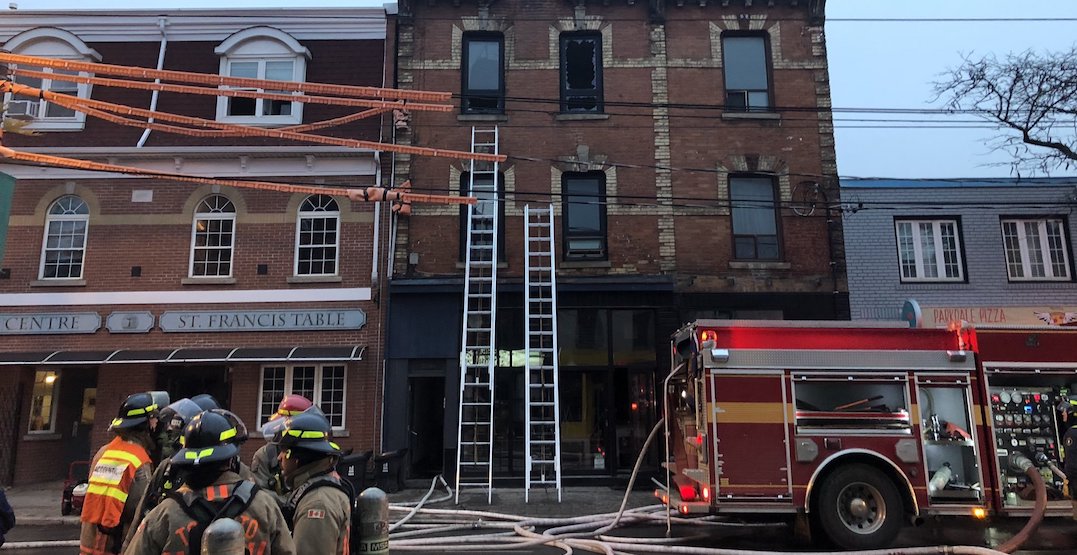 Parkdale’s Chantecler is temporarily closed following a three alarm fire that ripped through the restaurant’s address on Tuesday morning.

Toronto Police reported the blaze early Tuesday, posting to Twitter to share that Queen Street West was closed in near the intersection of Brock Avenue.

Fire Chief Matthew Pegg shared an image of the building, stating that all of the building’s occupants are out, safe and accounted for without injury, and congratulating firefighters on a job well done.

He wrote that three alarms were assigned to the fire.

While the upper level of the building shows broken windows and ladders against the wall, the lower level, where Chantecler is housed, looks relatively unscathed.

Great work by @Toronto_Fire crews to access and control the fire in this building on Queen Street West. All occupants are out of the building and accounted for without injury. 3rd alarm assigned. @TPFFA pic.twitter.com/G6300NPYtz

The restaurant posted a similar image of the building, confirming that the fire occurred at 1340 Queen Street West. The caption of the photo reads that it’s not believed to be a kitchen fire, and at this time, the extent of the damage is unknown.

The restaurant and butcher shop will be closed today, and the spot will update their Instagram account with more information as it becomes available.

There’s been a fire at 1320 Queen. Everyone is safe. We don’t believe it was a kitchen fire. Unsure as to extent of damage. The restaurant and butcher shop will be closed today. We will update all of you with information as it becomes available. ❤️