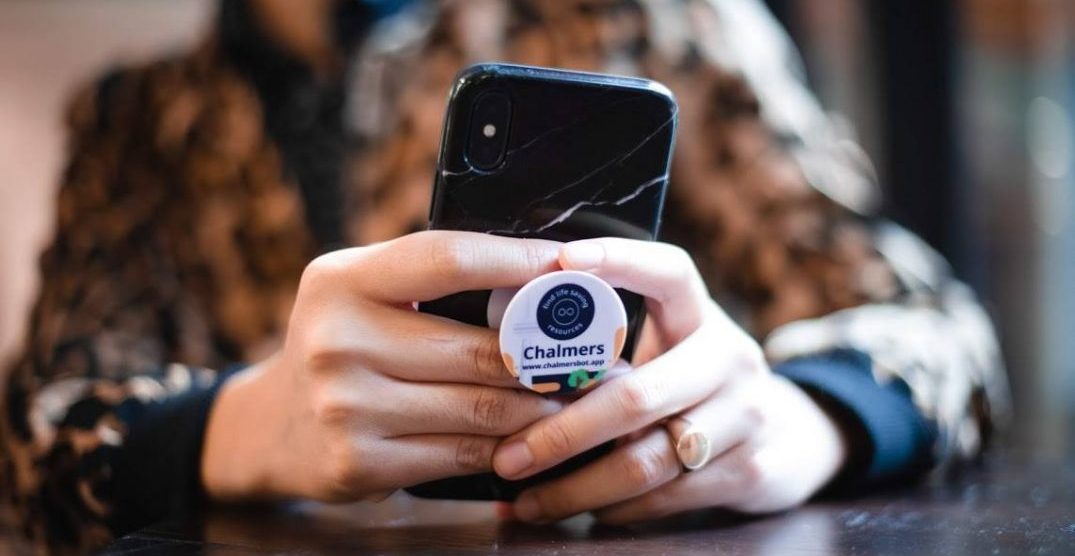 The Chalmers chatbot was developed with the help of Toronto’s homeless youth. It was designed by non-profit Ample Labs in partnership with AI tech company Ada — both companies are Toronto-based.

The AI-powered chatbot is supposedly the first-ever designed for Toronto’s homeless community and those at-risk of losing their homes.

The service is active 24/7 and provides access to information regarding clothing, where to get a free meal, drop-in options, as well as help finding shelter. Chalmers also provides emergency crisis lines other than 911. Crisis lines for domestic abuse or for youth mental health concerns are examples of what’s listed.

The idea sparked after a friend of Ample Labs’ founder CG Chen was evicted from his place and had zero idea about what to do or where to go. Chen says it was a very difficult situation to navigate. He ended up couch surfing and worried about having no fixed address, or even somewhere safe to find help.

“I just thought, ‘Hey I work in tech, I build things all day, there has to be a better way to find this info out,'” CG Chen told Daily Hive.

Prior to this week’s official launch of the chatbot, there was a six-month test run. And before that, Chen and her team spent about a year visiting Toronto drop-in centres and talking to homeless youth. They conducted one-on-one interviews, surveys, and co-design sessions to find out where the problems lay. Chen says youth were engaged and asked for their feedback throughout the entire product development process. Over 100 interviews and workshops were facilitated.

Of the five different areas of assistance, Chen says by far looking for a meal is the most requested by users. Second is finding shelter followed by locating drop-in services and clothing banks. Requesting emergency crisis numbers has been the least used prompt to date.

So far, Chalmers has supported 700 users each month providing a total of 6,500 recommendations, 4,000 meals, and 800 overnight stays in a shelter for the homeless community. Built in-house by Ample Labs with consultation from Ada, Chalmers began in a crowdfunding campaign to get its funding with 50% of the money going toward at-risk youth managing the bot.

The idea is premised on having a “smarter Google about something specific like an eviction,” says Chen. “Eventually we want to capture the nuance, so let’s say between College and Spadina and within 2 km we want to know what are the top 10 things people are asking about in this area. And how do we inform service providers of this area, or government to help make better decisions with what to fund?”

During product development, Ada’s CEO Mike Murchison acted as a consulting force, helping drive the mission and execute the vision of Chalmers.

“The application of this use case is limitless,” says Ruth Zive, head of marketing for Ada. “And we really provided a consultative support, so understanding what are the best practices, what do you need in a platform, how do you build it, how does it work — we provided the early consultation to help set them up for success.”

Many of the prompts ask for one’s location, but there is an option to say ‘no’ and instead select a major intersection or landmark to have the directory assist on.

“We only take your location if you say yes,” notes Chen. “We want to build trust with users and we’ve taken security measures into consideration. There’s no way of identifying who is using Chalmers, it’s just age and gender.”

The only time location is taken is when someone first signs up. After that users have anonymity when it comes to their exact whereabouts.

Chen says they will be adding 15 news services in the next release including links to finding food banks.

“People didn’t know that food banks are based on location so you can only go to the ones closest to you and if you don’t have an address it can be difficult,” says Chen. “Chalmers can help.”

The team is also looking to incorporate “Yelp-like reviews” to add value so people know about the services, but also about what other people have experienced using the services. These comments and reviews would also be very useful for someone navigating the chatbot for the first time.

In addition, Chen and company will be providing 250 care packages which have everything needed to know about Chalmers, to be dropped off in person at shelters and on the ground in the homeless communities. Chen is encouraging employees from tech companies to come out and assist in pounding the pavement in support of Chalmers and its goal to help the homeless or at-risk of being homeless in Toronto.

“Right now we just have five services but we want to add in a lot more so that we are able to meet more needs,” says Chen. “We started this because we want to build a product that people find helpful and to do this we are prepared to invest the time to build the relationships.”

Ample Labs also uses data taken from heat maps that illustrate where the concentration of requests are coming from. Data combined with word of mouth has helped the company gain its momentum.