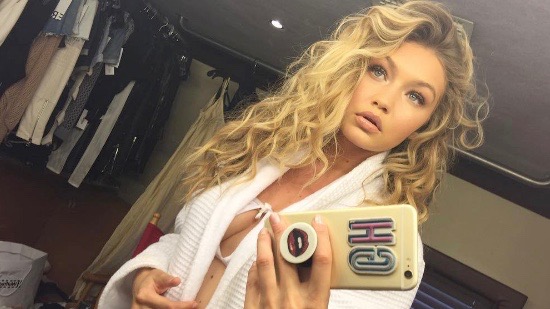 The iHeartRadio Much Music Video Awards is just around the corner.

And with it, a slew of celebs descending on our city. So if you’re in and around downtown Toronto this weekend, you may very well have a celebrity run in. And to prepare you for the moment, here are some superstars to watch out for.

(We’re also giving you an interesting tweet from each of them to start your star struck conversation.)

And if you head to the MMVAs this weekend, make sure to tag us in your pics #DailyHiveTO.

To get you excited, check out our MMVAs pre-event video!

The Mississauga native loves potatoes. Make sure you ask her where she gets her favourite fries.

I think my favourite food has changed to (& has always been) potatoes. just wanna thank everyone for supporting me during this time.

Besides taking a billion selfies, ask if you could get #Tooclose. Preferably with his shirt off.

We’ve always known Macklemore is smart. Between his lyrics and recently interviewing US President Barak Obama, he’s also very in tune with biology.

SHOUT OUT TO ALL THE WOMEN WHO GET INTO BED WITH WARM TOES…there’s like 3 of y’all.

He won’t add anyone on LinkedIn, but ask him about Facebook, Twitter, and most importantly, if he will add you/us on Snapchat?

Oh. My. God. Air Supply is totally our jam. Please ask if they prefer “All out of Love” over “Making love out of nothing at all.”

Sometimes, celebs are just normal people. But how does Amber Rose feel after experiencing the normie usual lack of texts after a flight?

Let’s talk about cribs. Too soon?

Shawn is all about 3 way… FaceTime. We want to know who he’s planning to 3 way FaceTime with.

Still crazy to me that you can’t 3 way FaceTime

OK What’s a Solero? And can we have one to YOLO too?

Perhaps she doesn’t like bonding at natural food stores, but maybe Queen Street is different?

I hate when people flirt with me at Erewhon.. We aren’t gonna bond over the fact we both eat healthy. Let it go.

Can we be friends?

Our favourite Pretty Little Liar… Does she think this is a praying hand emoji or a high five emoji?

Trust the way the wind is blowing you 🙏🏼

Holy crap, if you run into Desiigner… he is basically psychic.

This is a good one. Hi Son Real!

So many questions. Where to begin? Maybe the colour of her couch?

THE Criminal Minds hottie is in town! But where is Derek?!

My twitter fans. I left CRIMINAL MINDS simply because I needed a break, personal exhale, curiosity and career attempts. Derek is not dead😘❤️

It’s the new Mulder! Anything X-files related would be good. But this… Because, where are his Game of Throne tweets?

The MMVAs take place on Sunday, June 19 at 6pm.