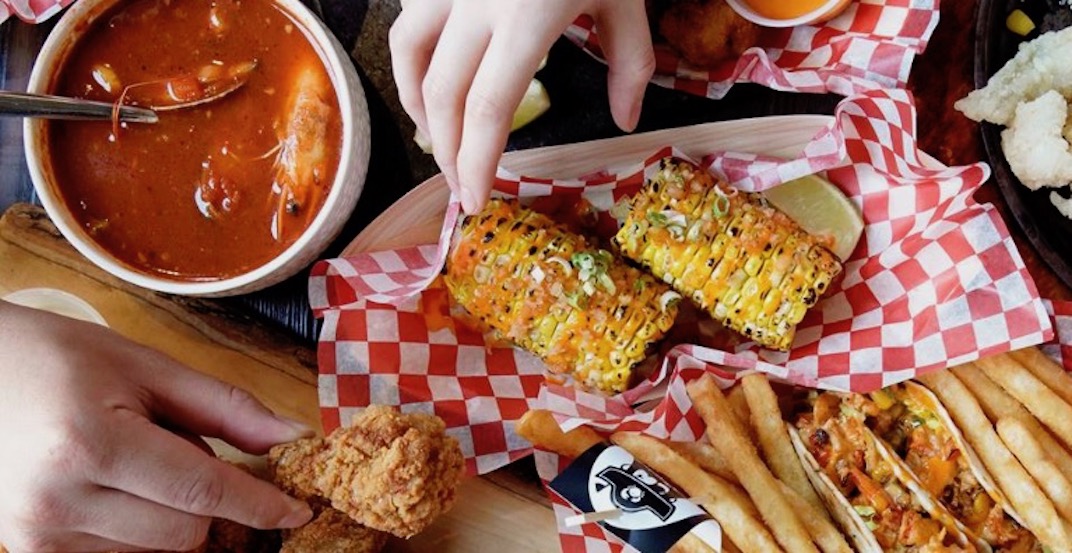 If you’re not looking forward to the holiday countdown that officially began as soon as November came, then we’ve got something else to get you pumped.

Toronto-based chain The Captain’s Boil is offering its loyal partons the chance to drown their winter sorrows in unlimited shrimp, potatoes, and corn.

Participating restaurants will be serving up this all-you-can-eat deal from November 19 to December 2 for $24.99 a person.

There are a few rules that come along with a steal of a deal like this. You’ve got to buy a beverage to qualify for the bottomless eats, all members of the party must participate in the order, there’s a two-hour seating limit, and there are no takeout options for this promo.

Slowly but surely The Captain’s Boil is taking over Canada. The brand currently operates several outposts in BC, Alberta, Manitoba, Ontario, and Nova Scotia (although not all of those eateries offer the all-you-can-eat deal).

Here is the full list of participating restaurants in Ontario: