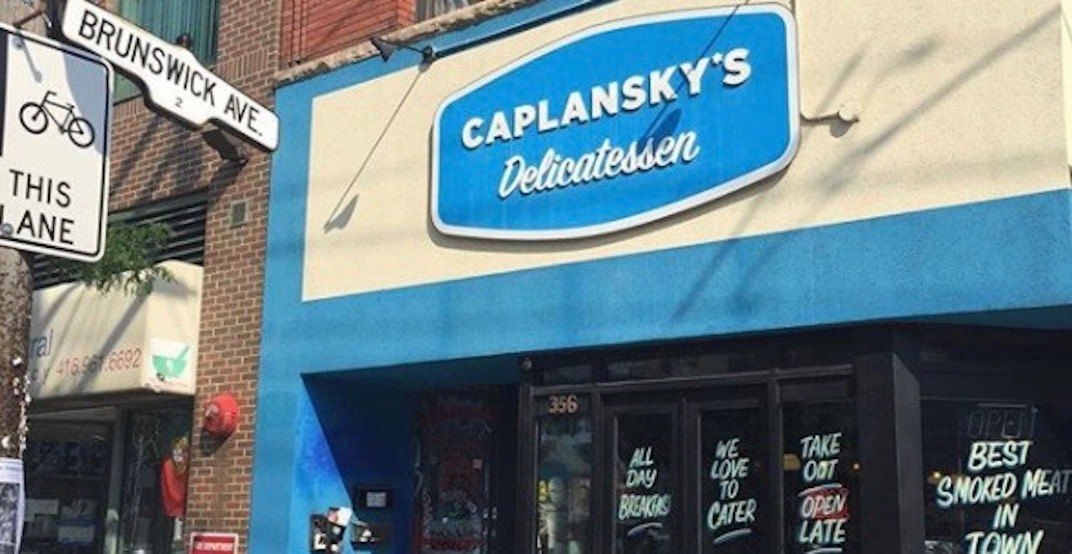 The OG location of Caplansky’s Deli is closed for good, folks.

The old-school Jewish deli has three locations, and the 356 College Street spot has reluctantly shuttered due to financial circumstances.

Owner Zane Caplansky shared the news via Facebook with a photo of a letter to customers on the door of the now-shuttered eatery, which was known as one of Toronto’s premier delis, dishing up thick smoked meat sandwiches, and comfort food such as pickles, Mac n Cheese with Beef Bacon, Smoked Meat Poutine, and Pulled Brisket Tacos.

Caplansky explained that the College Street location suffered a financial loss “after the landlord locked these doors without warning in 2016,” and this caused a blow that the deli never fully recovered from.

Caplansky’s other locations – Yorkville, Terminal 3, and the ever-moving deli truck – will continue to operate.