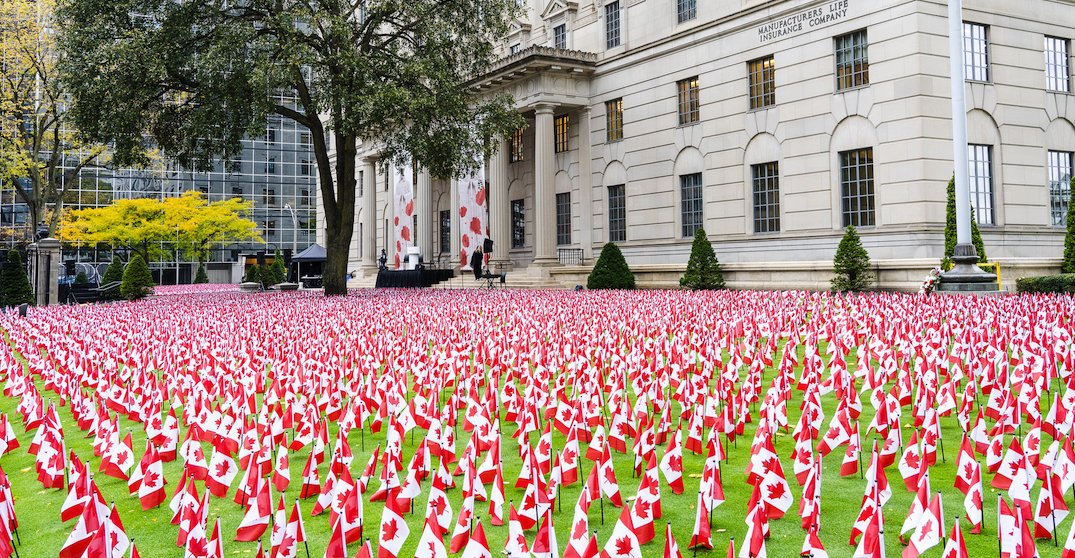 As a gesture of gratitude and remembrance, over 12,000 Canadian flags were planted on the front lawn of Manulife’s global headquarters to honour more than 120,000 members of the Canadian Armed Forces who have fallen in service. 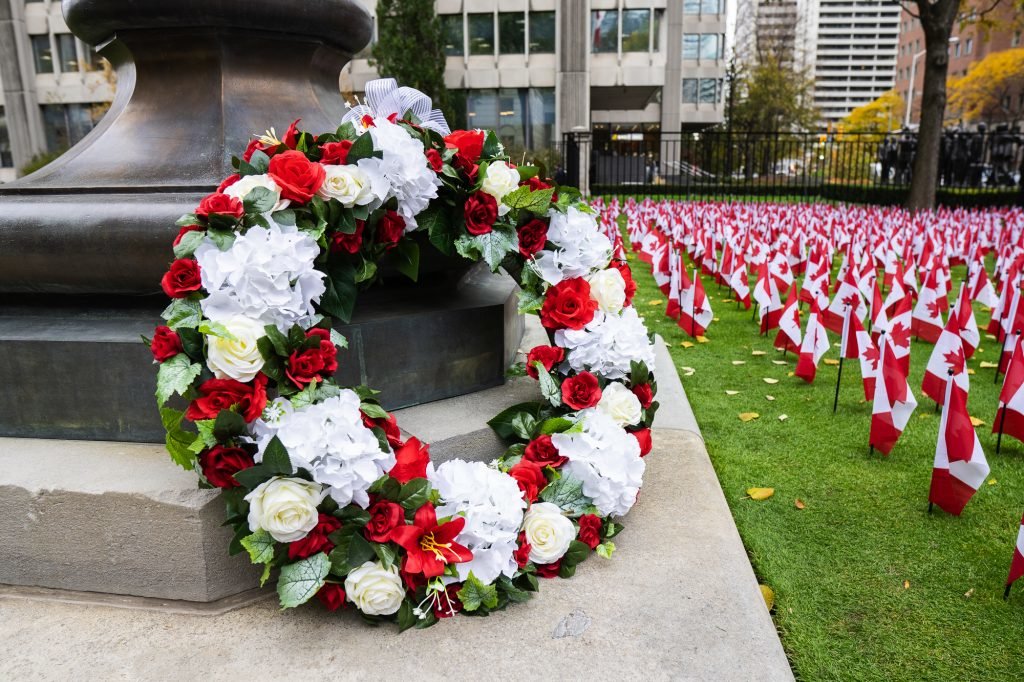 According to Manulife, “this year also marks 75 years since the invasion of Normandy and reminds us of the sacrifices made by Canadians who fought and died to defend and promote values of freedom, democracy, and human rights.” 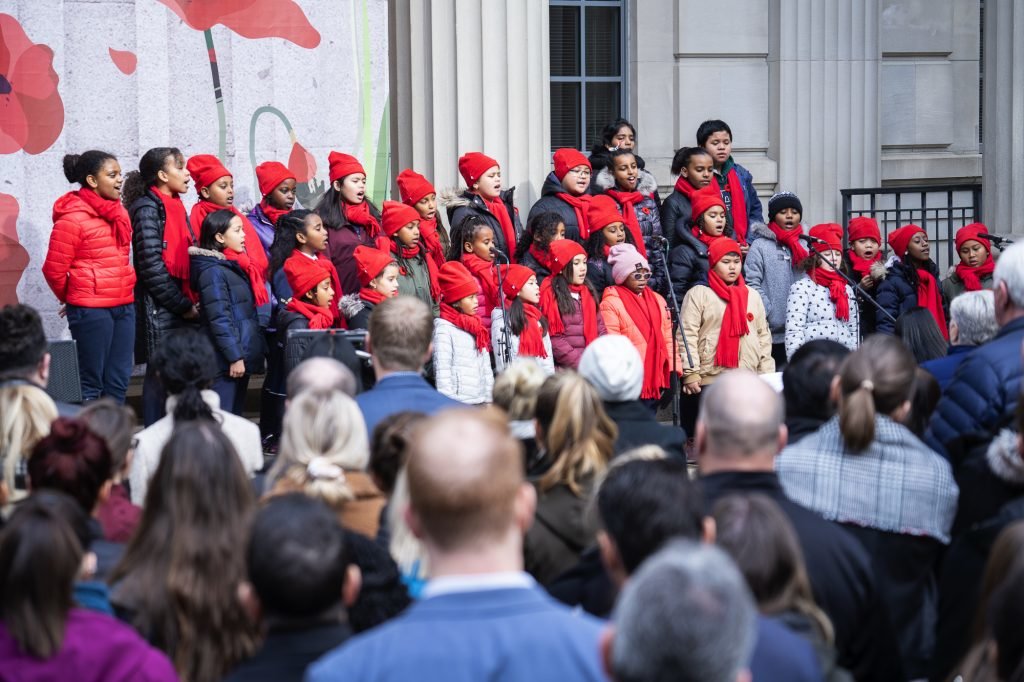 The flag garden is on display on the front lawn of Manulife’s global headquarters on 200 Bloor Street East.

It will be on display until Remembrance Day, November 11, at sundown. 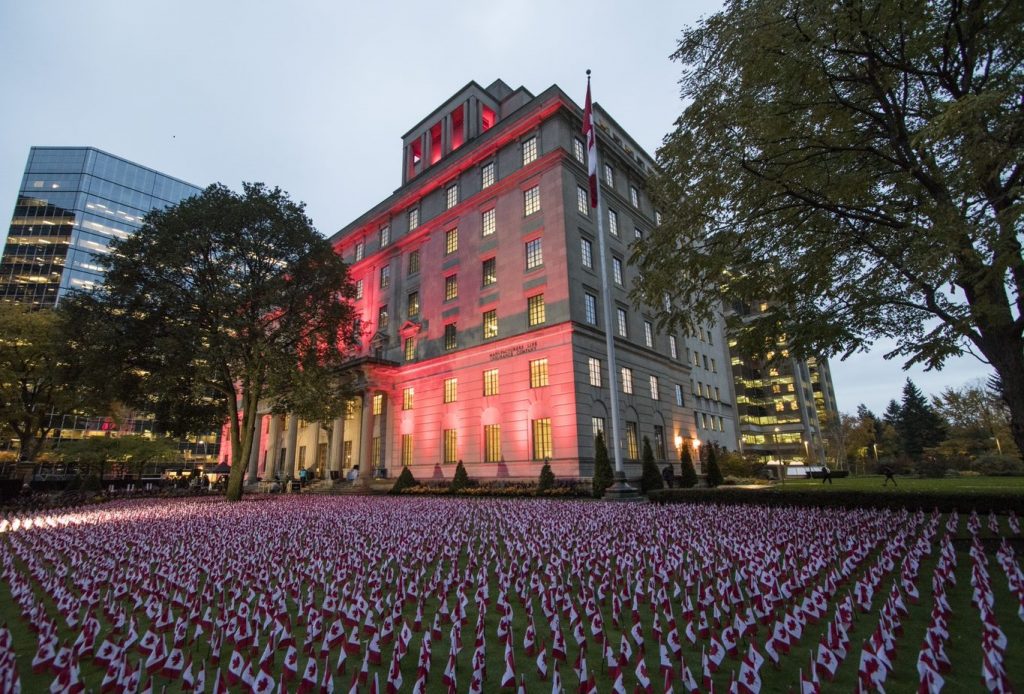