There are burgers, and then there’s the art of Holy Chuck.

Thanks to the local burger joint, Canada’s most monstrous burger lives right here in Toronto. As burger madness takes over cities across North America, chef Johnny Prassoulis created one ultimate standout to trump all.

“This burger is called the Holy Moly,” said Prassoulis, adding the creation was made for a social media group and it is not regularly available on the menu. “I did have it available for a certain amount of time, but that is pretty much how it came about. If somebody was to call in and order, I’d make it for them.”

The burger, which towers over a bottle of ketchup, consists of their Mad Cow burger (already big on its own) between two B.L.T sandwiches, the Ringer Hot dog, the Jerky Cow, the Croissant Dog, the Big Bad Wolf burger and all topped with a fried egg. Hungry yet?

Although the Holy Moly isn’t a regular, there is the epic Go Chuck Yourself. Consisting of six patties, six cheese, triple bacon, caramelized onions, all stacked between three grilled cheese sandwiches, this burger is for one or for sharing. 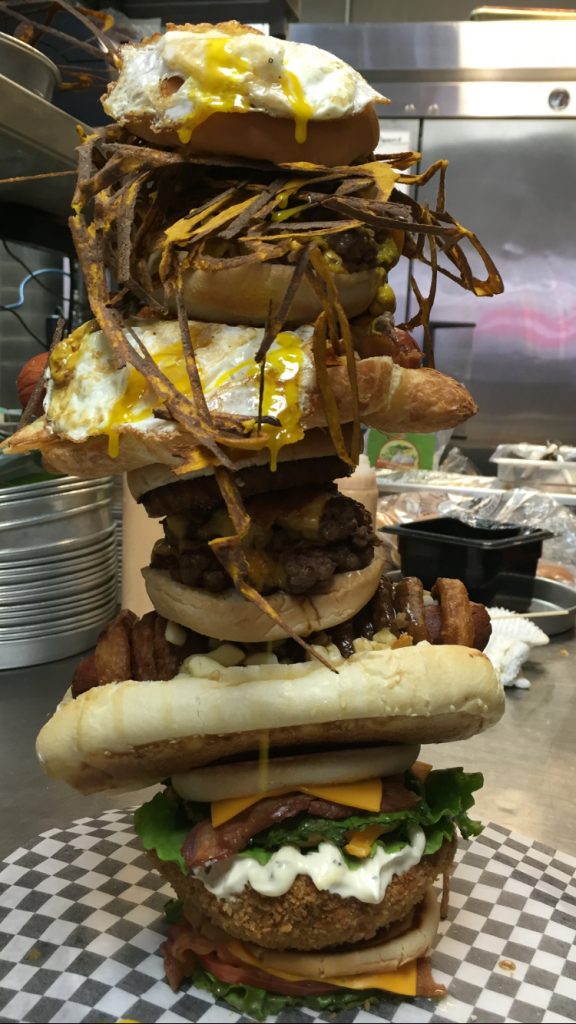 “You can either order it to eat it on your own, or we actually have a challenge with it with a milkshake,” said Prassoulis, who is the owner/founder at Holy Chuck. “You have to eat that burger plus a specialty milkshake in six minutes or less. We have this big Wall of Fame and Wall of Shame in the restaurant. If you do it in less than six minutes, we put your picture on the Wall of Fame, give you an exclusive T-shirt specific to the contest, and if you can beat the best time then we give it to you for free.” 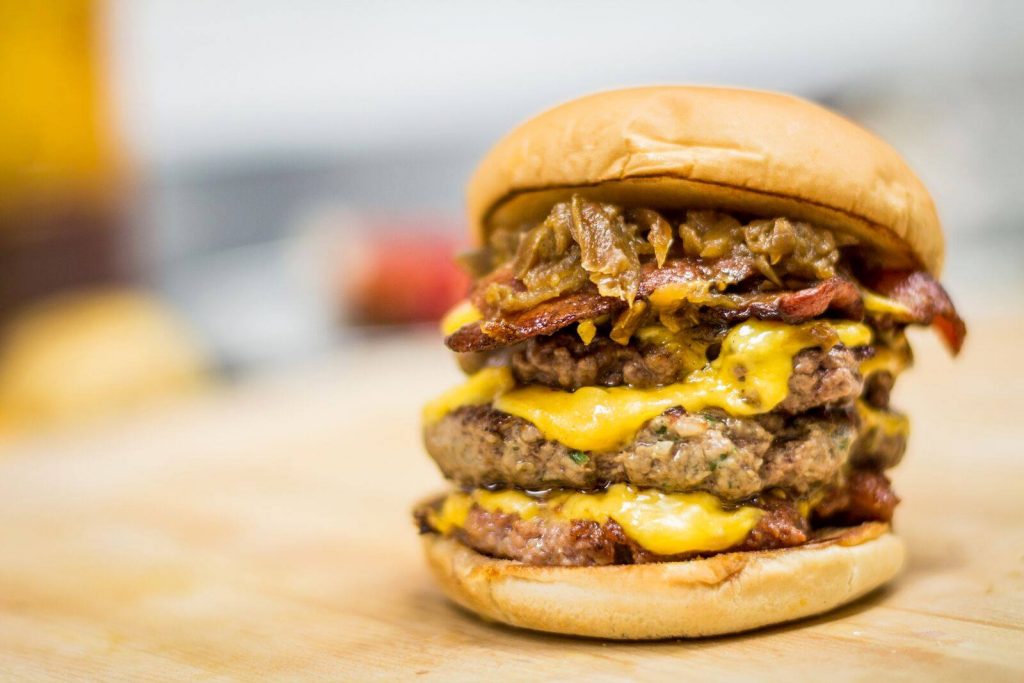 Since its opening in 2011, Holy Chuck has pioneered the local burger scene in Toronto. With their creative creations and adventurous combinations, it’s no surprise a new location will be opening soon on Yonge at Wellesley.