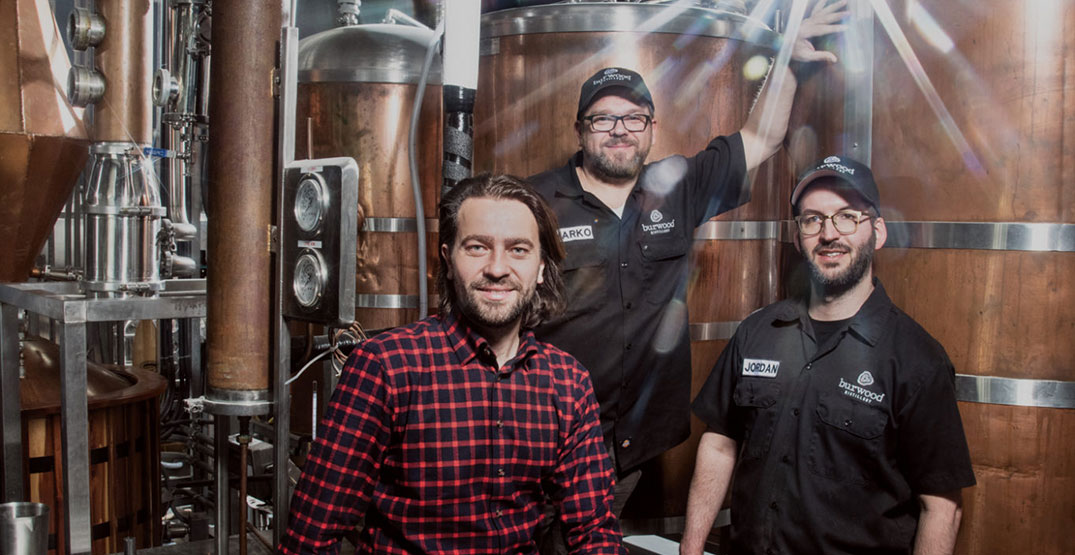 What happens when you put together a beekeeper, a scientist and a marketing expert? All the unseemingly necessary skills for a uniquely successful distillery.

Burwood Distillery is a standout example of a Canadian business that saw massive growth in the past year, largely due to local support. Initially, the Burwood team began with the will to create products that were on their minds, but not on the shelves. Albertans seemed to have been missing what Burwood had in store, too. 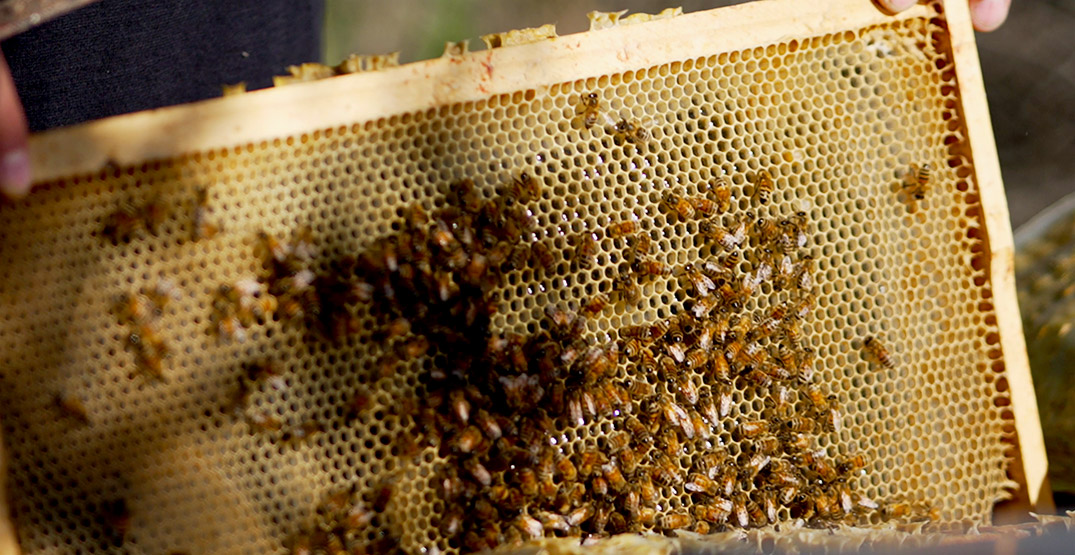 The Calgary distillery began crafting elegant spirits from local ingredients such as Rocky Mountain water, famous Alberta malt barley, and honey from their family-owned beehives. The product Burwood is most well known for is its award-winning honey liqueur.

Now, as Burwood continues to invent new styles by using novel, local ingredients, they’ve moved to a new production facility that will include a collaborative community restaurant and craft brewery partnership.

But they’re also preparing for international expansion, and they want the locals who’ve supported them for the past year and passionate, craft-loving Canadians along for the ride. So, let’s meet the faces behind this local favourite. 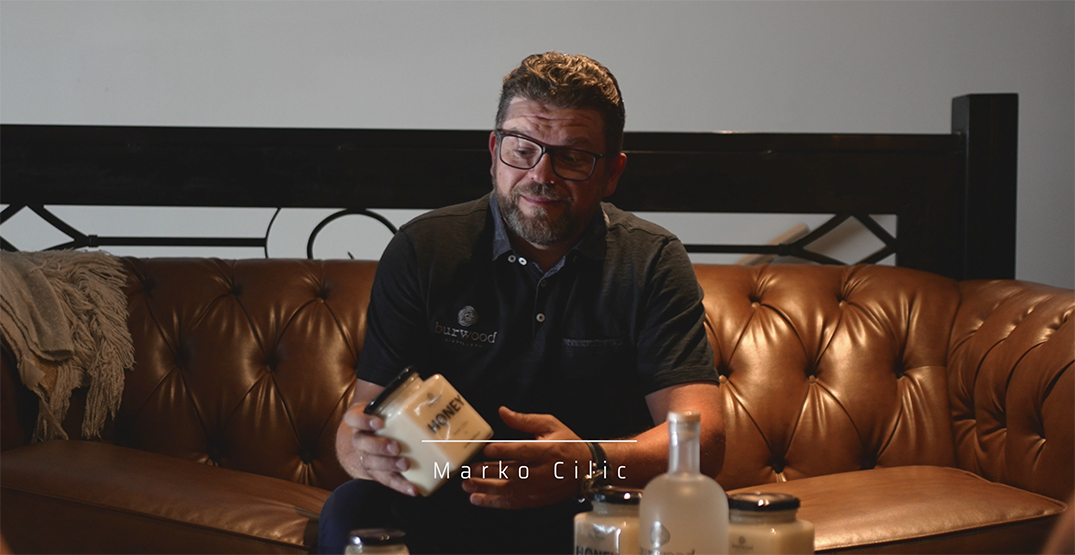 Not only is Marko Burwood’s primary honey producer — running a 600+ beehive operation across Alberta and BC — but he has over 17 years of experience as a certified project manager in construction and site supervision.

His knowledge of all phases of building, from concept to completion, carries over into the detailed distilling process.

“Growing up, distilling was a part of my chores. As I became older, I realized the week-long distilling festival in my home village was a chance for the community to connect and celebrate a successful harvest,” Marko tells Daily Hive. “Now, at Burwood Distillery, we are able to once again bring the community together to celebrate our new home… in liquid form.”

With his Distilling Certificate from The Canadian Craft Distilling Institute, Marko’s prepared on all fronts to celebrate Alberta’s agriculture through high-quality craft products. 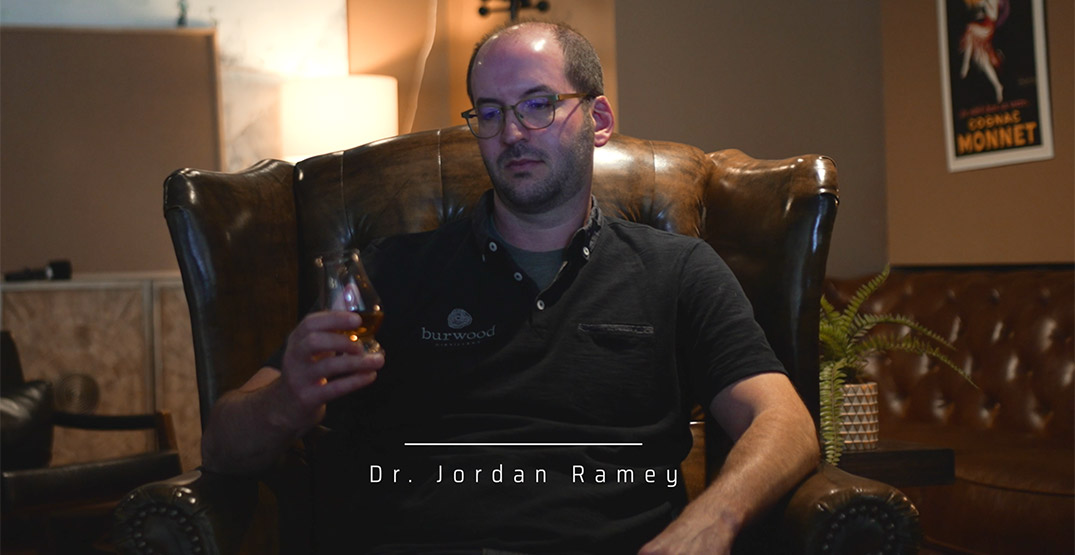 Dr. Ramey earned his Ph.D. in Microbiology in 2010 from the University of Oklahoma through his research involving the use of anthrax in cancer therapy at the University of California. But in 2013, he shifted gears to food science and helped develop the first Western Canadian Teaching Brewery at Olds College, where he’s a professor of Brewing and Distilling Sciences.

“Burwood distillery seeks to disrupt the spirits sector by producing novel distilled spirits that pay homage to our cultural heritage as well as the local environment,” says Dr. Ramey. “Our vision is to develop Alberta as a craft spirit epicentre with a thriving tourist industry.” 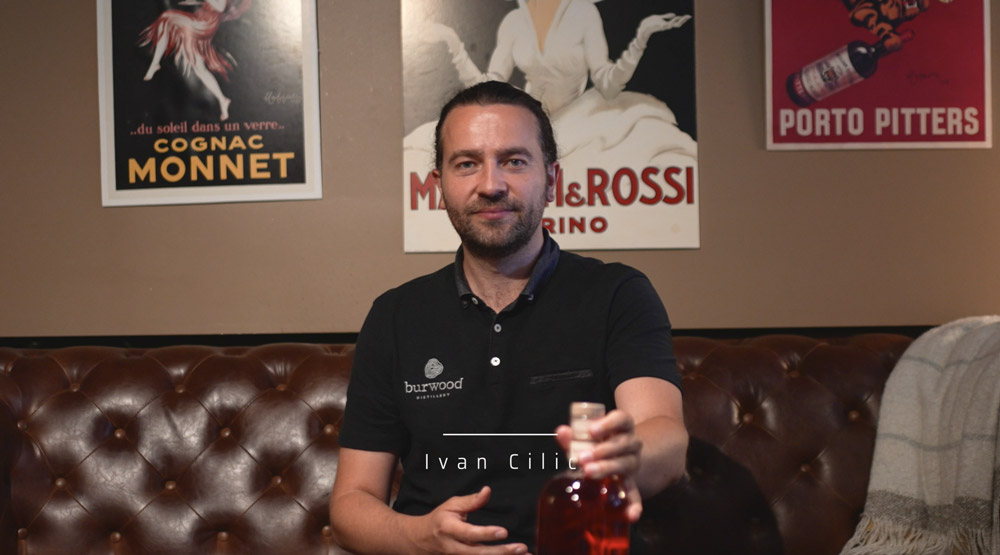 An experienced real estate professional, Marko’s brother, Ivan, also has a diploma in Mechanical Design. He brings expertise in process conception, optimal manufacturing, and over eight years of hospitality industry experience to the distillery.

“At Burwood Distillery, we’re all about crafting connections with people,” says Ivan. “Whether that is through our community outreach and donations to charitable organizations or simply hosting an epic Christmas party for our die-hard fans, we are always striving to create new memories worth sharing.”

In addition to being the recipient of multiple industry awards, including Avenue Magazine’s 2020 Top 40 Under 40, Ivan oversees marketing brand identity at Burwood. As the distillery continues to grow, Ivan is also leading the export planning committee for key foreign markets. 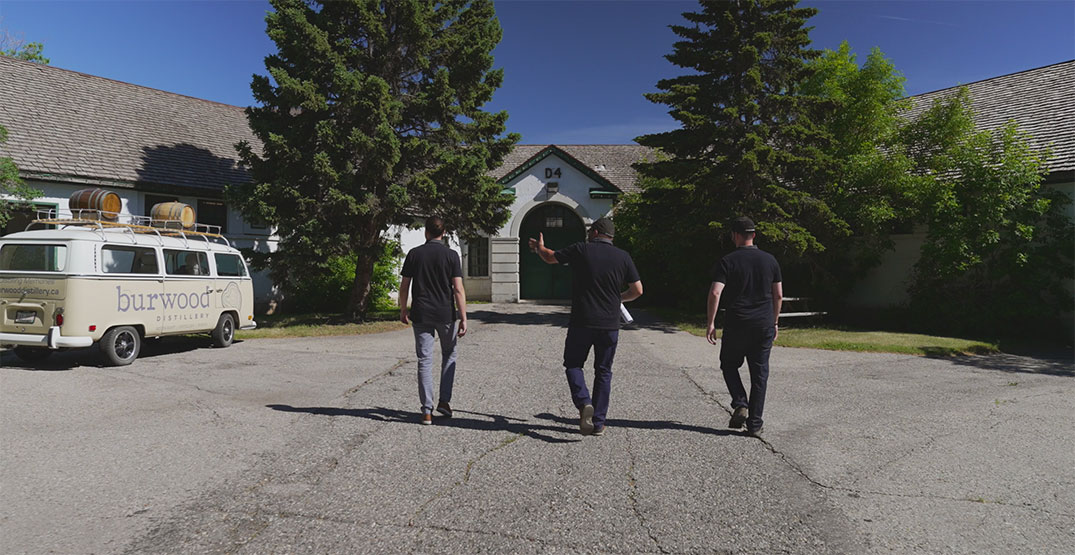 Since first opening their doors in Calgary five years ago, Burwood has been a team of busy bees producing products such as its rapidly selling whisky, hard sodas, and honey liqueur.

According to Ivan, in the last year alone Burwood grew 74%, despite the global pandemic that put small businesses to the ultimate test; largely due to the support from locals.

So, naturally, Burwood has relocated to a larger production centre in Calgary called “The Stables”, a historic building in Currie Barracks; an up-and-coming neighbourhood just outside of downtown Calgary.

Burwood at “The Stables” will connect the existing distillery with a collaborative restaurant and partnered craft brewery, creating a destination for tasting, events, and education completely unique to the region.

“This combined service offering will make “The Stables” a destination for both locals and out-of-market tourists,” says Dr. Ramey. The 16,000+ sq ft addition to Burwood’s previous space allows the company to keep up with growth and further expand into neighbouring provinces.

But international expansion is also on the horizon. “We are an aggressively growing company with a proven track record for success, run by an excellent management team with decades of experience,” says Dr. Ramey. On the cusp of entering Asian and American markets, Burwood wants to give first dibs to its local community. 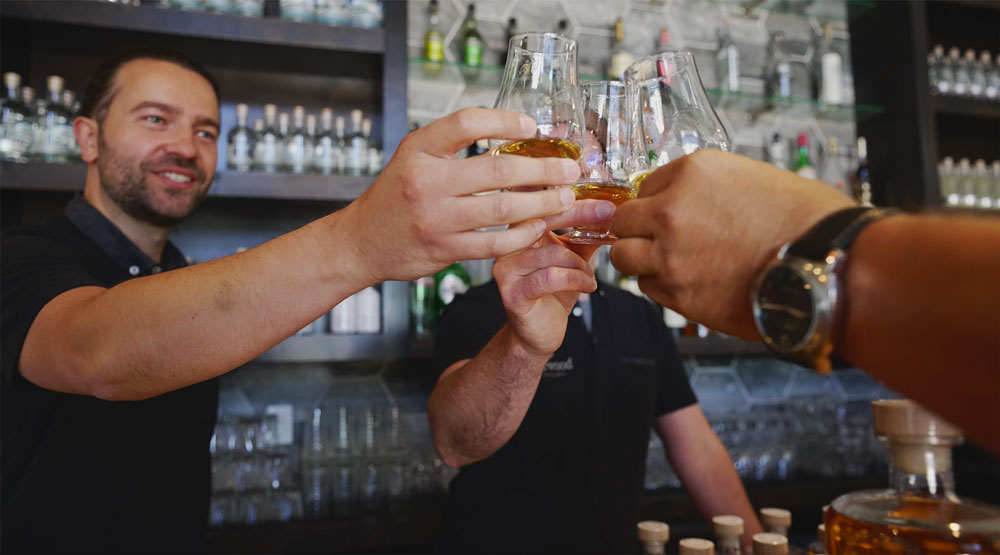 Love quality spirits, local businesses and thoughtful brands? For a limited time, you can become a co-owner of Burwood Distilling before they embark on international expansion through their FrontFundr campaign. With a minimum investment of $350, it’s easy to get in on the action.