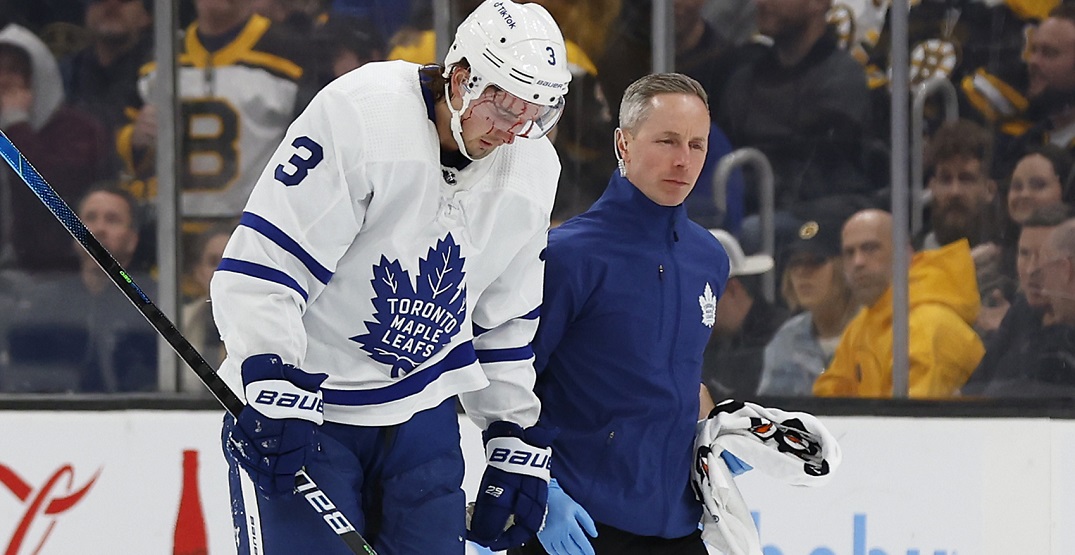 The Toronto Maple Leafs picked up a major victory in Boston on Tuesday night, but it came at a big cost, with three of their players going down with injuries.

Leafs’ goalie Petr Mrazek, as well as defencemen Justin Holl and Ilya Lyubushkin, all exited the 6-4 win against the Bruins with injuries.

Mrazek left the game just 7:44 into the first period with a groin injury before being replaced by backup Erik Källgren.

“It is tough. We already have Jack [Campbell] out, so you see that, and it is tough,” Leafs’ head coach Sheldon Keefe said postgame of Mrazek’s injury. “Petr has been getting some traction here and had been playing well. It is tough, but he has been through these kinds of things before. We don’t know the severity of it. We will get a greater sense of what the situation is in the coming days. It looks like he is going to miss some time.”

Campbell has been sidelined since March 10 with a rib injury.

Meanwhile, Holl was hit in the face with a shot, while Lyubushkin went down after being hit with a punch from Bruins forward Taylor Hall.

Justin Holl left the ice bloodied after this pic.twitter.com/7MNf8uSA5N

Hall was fined $5,000 for the play on Lyubushkin, per the NHL department of Player Safety.

“Hard to say,” Keefe said about the two defencemen’s timeline. “Both guys took [hits] to the head — one a punch, one a puck. They held them out tonight. We will have to get them assessed in the coming days.”

The Leafs return to action tomorrow night when they host the Winnipeg Jets at Scotiabank Arena. Puck drop is at 7 pm ET.