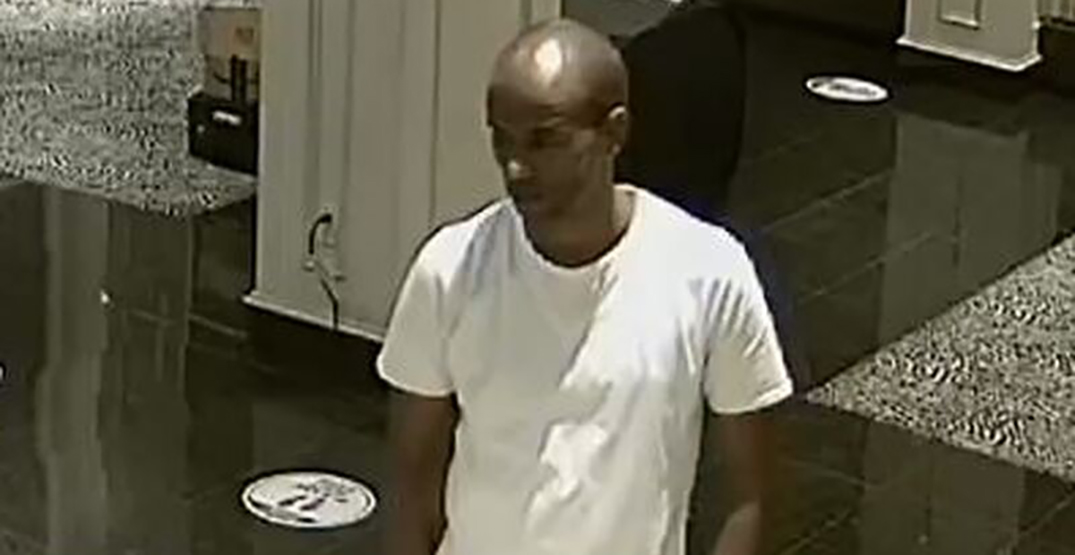 Toronto police say a man was asleep in his room last month when a suspect gained entry to the home and sexually assaulted him.

The alleged assault happened in the Mount Pleasant and Eglinton Avenue East area between 5:30 am and 6 am on August 14. It’s not known why police took this long to notify the public.

The suspect apparently ran away when he was confronted, and investigators are still trying to track him down.

Police describe the suspect as male, between 30 to 40 years old, about 5’8″ with a slim build, and a shaved or bald head. He was wearing a white T-shirt and jeans at the time.

The force released security images of the man Friday, and asked anyone with information to reach out to them at 416-808-5300 or anonymously through Crime Stoppers.