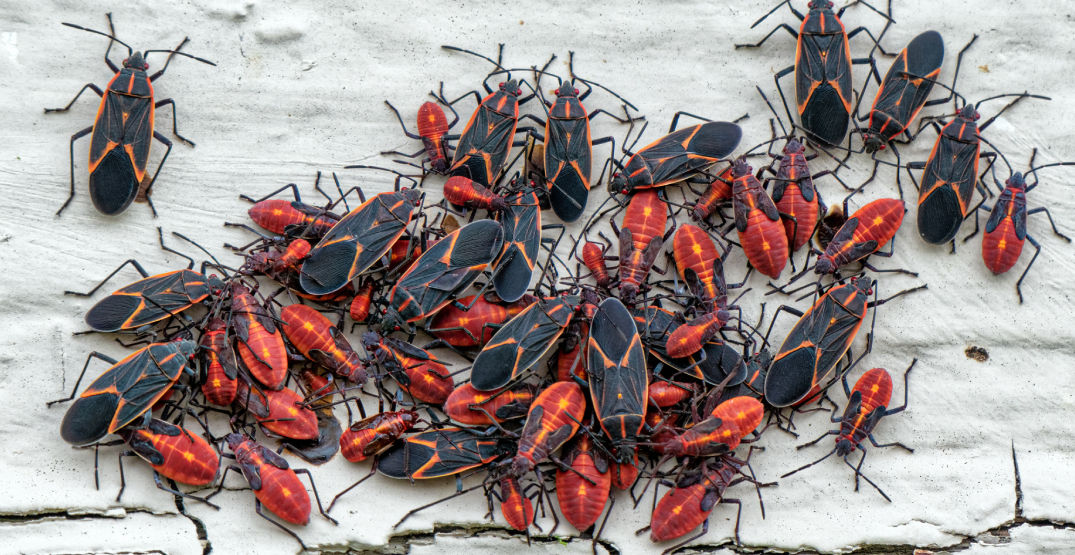 If you thought bed bugs were the only thing to be concerned about in Toronto, think again.

Lately, residents across the city have spotted swarms of black and red insects called boxelder bugs.

They’re a North American species of true bugs. They’re not dangerous or destructive, just super annoying, mainly because they enter homes and buildings in large numbers.

Picture the bees in Candyman and times that by a hundred.

Another user left a comment saying, “They’re harmless but breed like rabbits and are a huge pain in the ass. They usually start appearing on my south facing balcony in late September and stick around (along with Asian Lady Beetles), also a pain in the ass til mid October.” 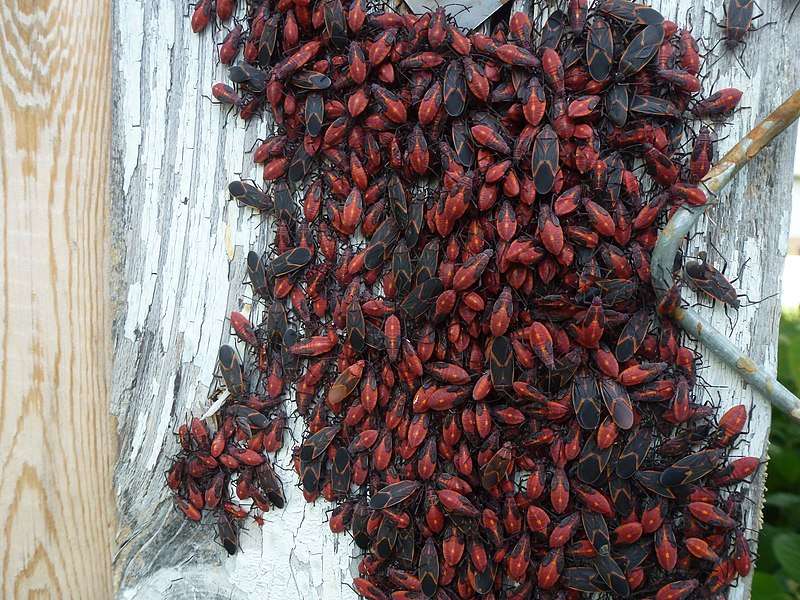 A swarm of boxelder bugs | Submitted

How do you get rid of boxelder bugs?

The Toronto reddit community, who’ve had many encounters with these creepy crawlers, recommend mixing a bit of Dawn dish soap and water in a spray bottle. A few zaps and they’re down.

It sure beats having to call and pay for pest control!

Just be sure not to crush them by hand, as they are known to leave behind a stain — not to mention a funky odour — on light surfaces.