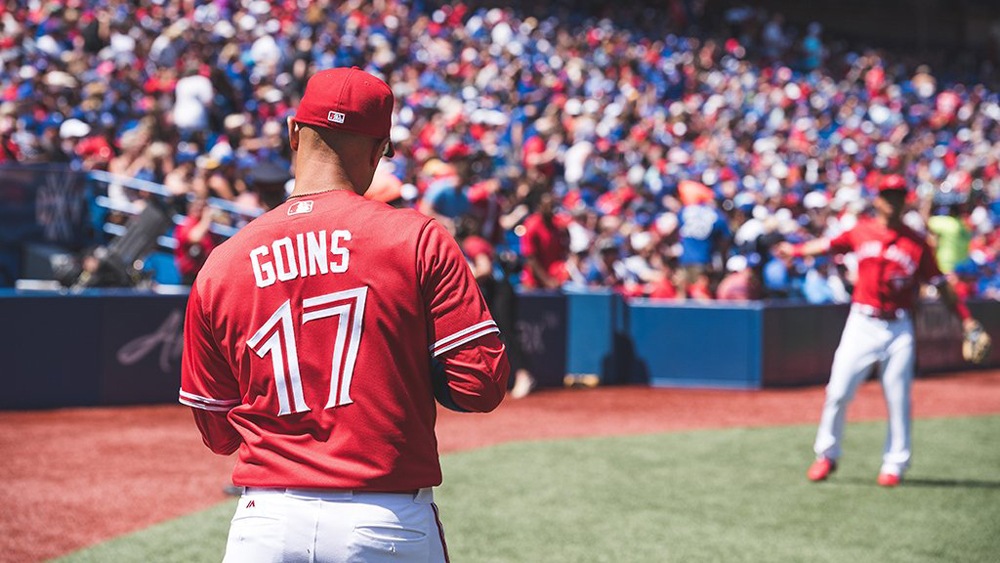 The Toronto Blue Jays fully intended on wearing their new red ‘Canadiana’ uniforms during every Sunday home game this season, but that plan may have come to a halt.

After suffering multiple drubbings at the hands of opponents while wearing their red uniforms in 2017, Blue Jays players banded together and decided enough is enough.

Instead of red, the Jays suited up in their traditional home white uniforms against the Pittsburgh Pirates at Rogers Centre on Sunday. They won 7-1.

Asked about his team’s successful day, Blue Jays infielder Ryan Goins referenced not wearing the red jerseys. Goins said the decision not to wear the unlucky reds was a collective decision.

“When you’re 2-7 in the red jersey, you just bang it. So we should probably just shred ’em, burn ’em, give ’em away to charity, something. But they need to go.

“They’re probably going to be done for the year. Save your red, just start wearing blue every day.”

Baseball players can be a superstitious bunch, so if they feel like these uniforms conjure up some sort of bad juju, it should come as no surprise that they prefer to avoid them like the plague.

But it’s how badly the Blue Jays have been beaten in those contests that likely has the team seeing red for their Sunday alternates. The Jays were blown out 7-1, 15-1, and 19-1 in three of the losses. In total, they have been outscored 68-25 in their home reds and gave up an average of 8.5 runs per game.

If not for the July 30th comeback win – capped by Steve Pearce’s dramatic walk-off grand slam, the Blue Jays would’ve added yet another game to their tally of blowout losses wearing their red and while uniforms.

This wouldn’t be the first time Toronto has abandoned one of their uniform sets. Back in 2015, the Blue Jays ditched their road grey uniforms for the remainder of the season.

When the team announced they were planning on adorning red jerseys for every Sunday home game this season, the news was met with mixed reviews by fans. Prior to 2017, the Blue Jays only brought out these uniforms for special occasions like Canada Day or Baseball in Canada Day.

What initially began as an homage once or twice a season may have worn out its welcome. The uniform choice tied into Canada’s 150th birthday, but with that celebration having come and gone, there really is no purpose to continue wearing the reds.

Although the Blue Jays are branding themselves nationally as “Canada’s team”, the red uniforms seem to have worn thin not only with fans, but the players as well.

If Goins’ comments were anything more than merely tongue-in-cheek remarks, don’t expect to see the Blue Jays sporting red and white at the Rogers Centre for their final three Sunday home games.

Maybe it’s for the best. They are the Blue Jays after all.