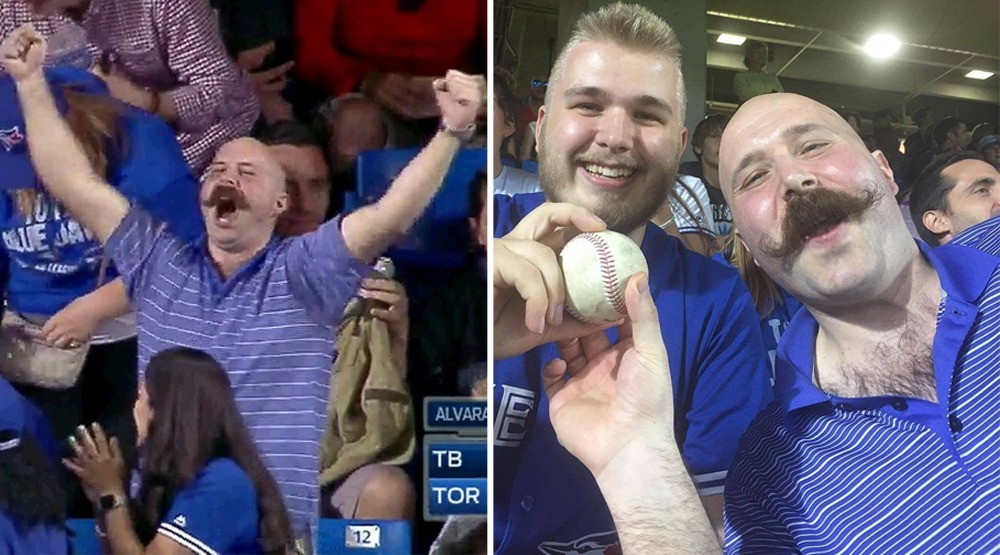 Last Wednesday, Russell Martin saved the Blue Jays from blowing a 6-3 lead by hitting a game-winning home run. Fans were thrilled when Martin’s ball cleared the Rogers Centre fence, but nobody was happier than Bill Di Maria-Rico.

He’s affectionately known as “moustache man” or the mysterious mustachioed Blue Jays fan. Luckily, through the magic of Twitter, I was put in touch with Bill and he shared his story behind that thrilling game as well as his epic moustache.

“We’re watching the ball coming right for us,” Bill explained. “As soon as the ball cleared the fence, all of us went wild. Going for that home run ball was quite the task, too. It just whizzed my fingertips and a fellow named Ben ended up getting it from the ground. Ben celebrated by kissing his girlfriend, and I said ‘I better be invited to the wedding.'”

This guy to throw out the first pitch, please. pic.twitter.com/C8OCxiTCIO

Blink and you may have missed it, but the TV cameras followed the ball into the very section where Bill was sitting. Although he wasn’t the one who caught the home run ball, Bill’s on-camera reaction was absolutely priceless.

Many saw his elated look on the broadcast and also took notice of his well-coiffed moustache. It wasn’t long before Bill started getting attention on social media.

“Ben, the fellow who caught the ball told me. He said ‘buddy, you’re all over the TV’ and I just couldn’t believe it.”

The sport of baseball has a deep-rooted history with baseball, so I had to hear the backstory behind Bill’s moustache and whether it was inspired by someone like Rollie Fingers or King Kelly. It turns out his moustache is a tribute to one of his dearest family members.

“I’ve been growing the moustache for just over a year. I got it from my grandfather. Back when he was around my age, he decided to carry it on, so I followed suit and decided to make it go full circle.” 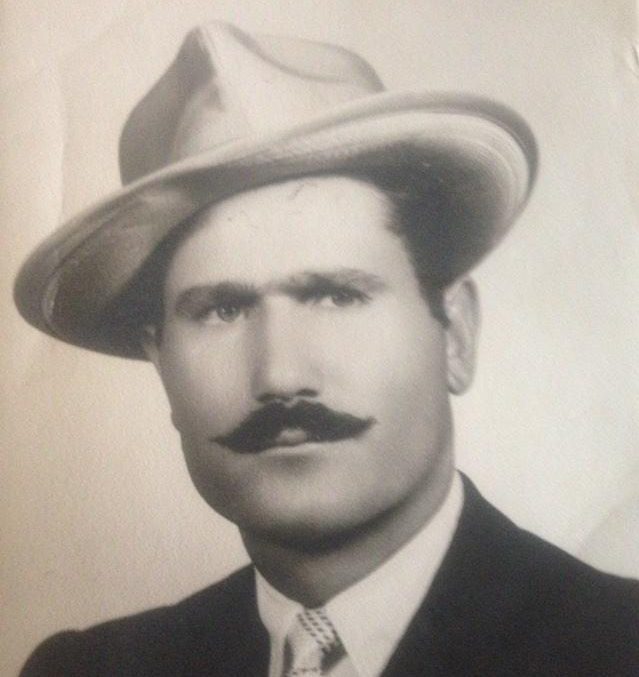 “I always get the people who stop me in public and say ‘beautiful ‘stache,’ so I must be doing something right.”

What’s next for “moustache man”? He’s hoping his new-found fame may translate into an opportunity to take the mound at the Rogers Centre. Bill’s friends set up a petition for him to throw out the first pitch at an upcoming Blue Jays game.

“The last I checked, I’m sitting at just over 80 people out of 100 signatures. It’s going to reach the mayor of Toronto, John Tory, and Joe Torre of Major League Baseball. It’s very grand and it’s a beautiful feeling.”

If someone from the Blue Jays were to call Bill and ask him if he wanted to throw out the first pitch, he had one simple response: “Where do you want me?”