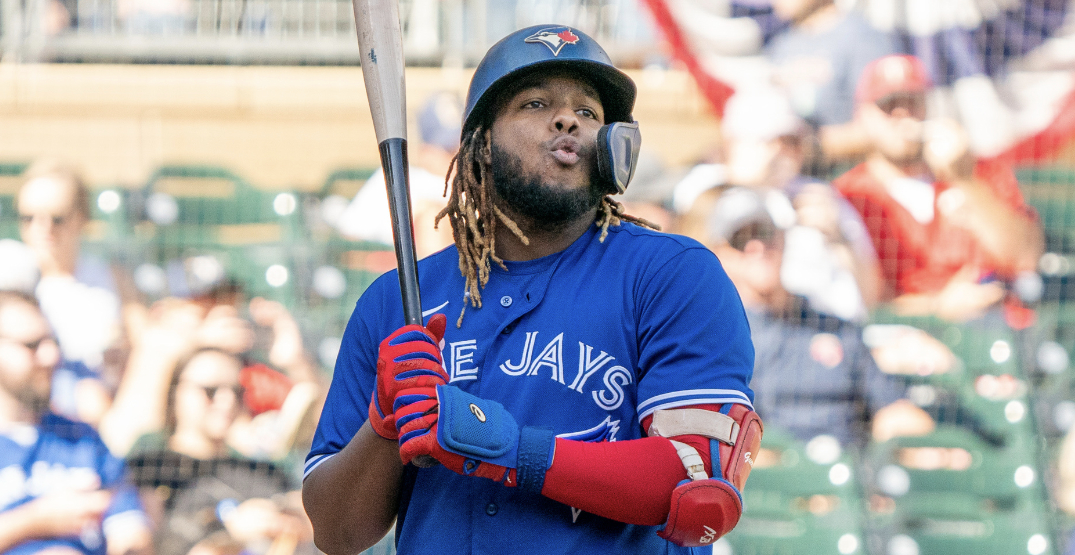 The Montreal-born slugger was named the recipient of the Canadian Baseball Hall of Fame and Museum’s 2021 Tip O’Neill Award, awarded annually to the game’s top Canadian player.

It’s awarded to the Canadian player judged to have excelled in individual achievement and team contribution while adhering to baseball’s highest ideals.

“I’m honoured to receive this award,” Guerrero said in a release. “It’s an honour to be honoured in the country I was born in. Thank you to the Canadian Baseball Hall of Fame. I hope to win this award again in the future.”

Guerrero, 22, tied for the MLB lead in home runs last season with 48 — which broke Eddie Mathews’ record set in 1953 for most homers in a season by a major league player 22 years old or younger.

Guerrero received the American League’s Hank Aaron Award, given out to the league’s top hitter. He is the youngest recipient in the award’s history.

Most home runs in a season by a player age 22 or younger:

“Vladimir Guerrero Jr. had a tremendous breakout year in 2021. He was a Triple Crown contender for much of the season,” said Jeremy Diamond, chair of the Canadian Baseball Hall of Fame’s board of directors. “Several Canadians had outstanding major league seasons, but his offensive numbers were unquestionably the best. We’re proud to recognize him with this award.”