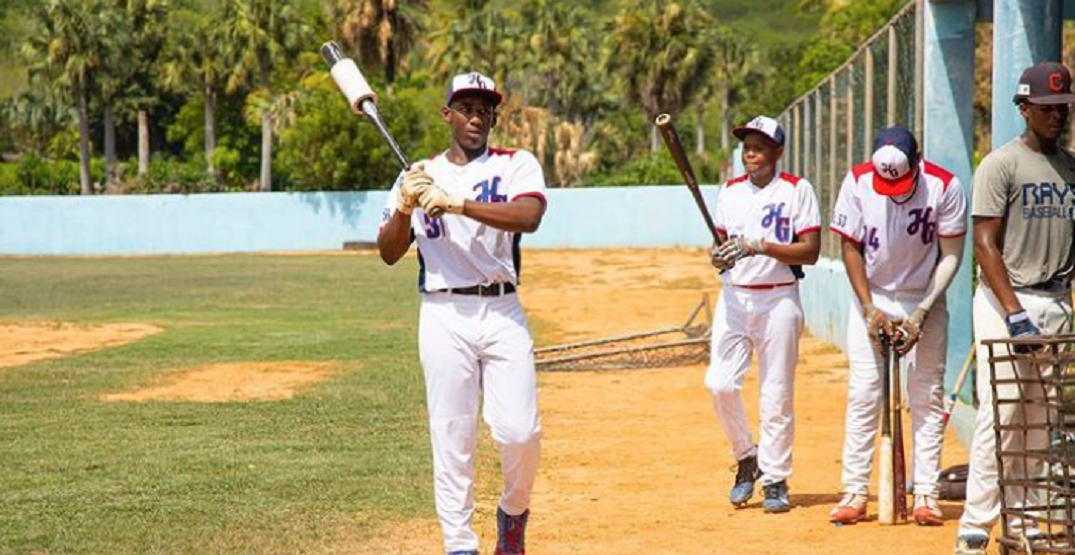 After seeing what Vladimir Guerrero Jr. has done with the Toronto Blue Jays over the last three seasons, it’d be natural to look to see if there’s anyone else in the family who could also become an MLB star.

So when Dominican baseball journalist Héctor Gómez shared a side-by-side photo of 15-year-old Pablo Guerrero next to his dad and MLB Hall of Famer, Vladimir Guerrero, people were quick to eat it up.

Fans couldn’t get enough of the discovery.

give him a blank cheque @BlueJays https://t.co/xlqfFPxj9U

And we were all focused on Vladdy Jr. https://t.co/8v8KNqU2ix pic.twitter.com/MW7GLHVdut

The Guerreros are just going to dominate baseball.. https://t.co/mexd793FIT

It looks like Vlad Jr. and Pablo are offseason workout buddies.

It’s actually not the first time fans have gone bonkers for Pablo.

Back in 2019, the MLB Twitter account shared a video of a then-12-year-old Pablo as well as Vlad Jr. and Sr. in a side-by-side-by-side montage.

Pablo might not even be the second Guerrero brother to make the MLB.

Vladimir Sr. is actually the father to nine sons, including Vlad Miguel, who was featured on MLB Network earlier this week.

It’s still a few years before either of them could make the MLB, as they aren’t eligible to be signed by a team as an international free agent until they turn 16.

But for now, it’s easy to imagine two or three Guerreros in Toronto’s lineup one day.