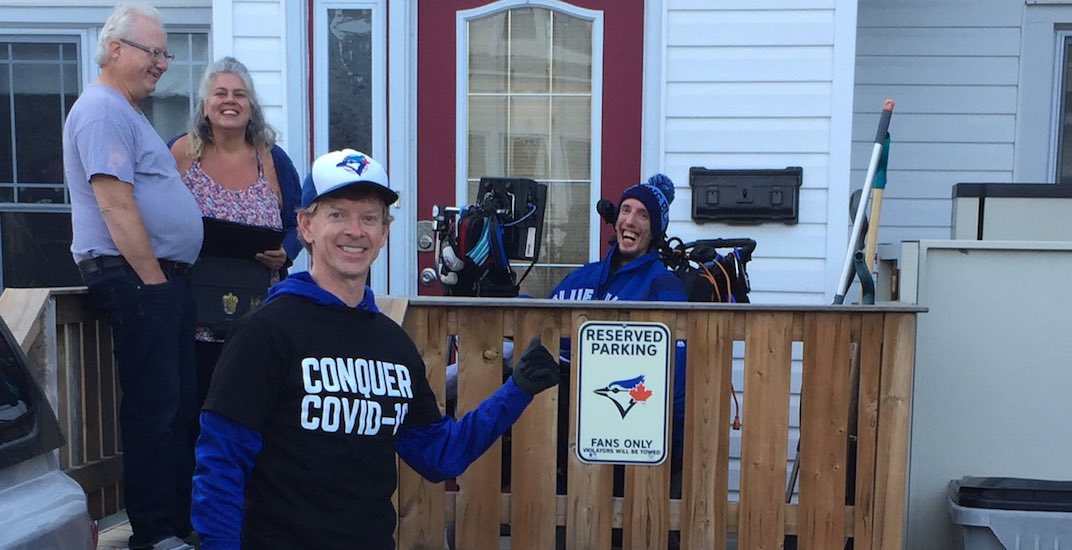 It came together quickly, beginning with a tweet from Ottawa resident Luc Labrèche, who goes by the handle @CaptMaverick85 on Twitter:

Hey #BlueJays twitter. JamieCampbell as been unbelievable since this whole pandemic started. By making deliveries, making phone calls with senior Jays fans, Being part of fundraisers, ect. We should think of something to show him his work doesn’t go unnoticed.

Jamie Campbell, host of Blue Jays Central on Sportsnet, has emerged as one of the unsung heroes during the COVID-19 pandemic; although he would likely shake off the label.

Just over a month and a half ago; when much of Canada went under lockdown, Campbell tweeted out this offer:

Thread: 1. It's a scary time, but older people may feel particularly isolated and alone. If your parents/grandparents are #BlueJays fans and you think their spirits would be raised by a phone call, send me a direct message with their name, number, and best time to call.

Since then, Campbell has made hundreds of calls to people across the country; primarily to seniors who’ve been supporting the Blue Jays since its inception in 1977, at the behest of their children and grandchildren.

These aren’t quick hellos either. Campbell often spends at least 20 minutes on the phone, genuinely interested in their stories and trying to make a meaningful connection.

For most people, this would be more than enough. But Campbell has stepped up his efforts to support Canadians, partnering with the newly-created grassroots and volunteer-driven organization Conquer COVID-19, which sources critical products and equipment in short supply for healthcare workers, and counts Hayley Wickenheiser and Ryan Reynolds among its two biggest supporters.

Campbell has personally driven boxes of equipment to Northern Ontario and the Ottawa region to distribute to frontline workers and has helped host PPE drives in these communities. He even offered to pick up coffee in Perth, Ontario for frontline workers.

Twitter has been flooded with stories from people whose grandmother or father received a call from Campbell, each one expressing deep gratitude for the friendly and familiar voice providing some comfort and easing the loneliness that can come from sheltering alone.

Lesley Mak (@lesley_NOPE) and Joshua Howsam (@joshuahowsam, former BP Toronto editor and co-host of @turfpod) quickly sprung to action, suggesting a fundraiser in support of Conquer COVID as the best way to honour Campbell and his efforts.

Full disclosure — I’m involved in this story too; and I worked with support from Canada Helps and IDRF to quickly put together the fundraising page.

The goal is to raise $5,000 towards the purchase of much-needed critical supplies and equipment for healthcare workers.

With the world on pause and so much uncertainty; for those who love sports, the absence is felt more than ever. It can be tough to know how to fill the void. Campbell has shown how to make the most of the time ‘free’ from baseball.

Let’s show him that we can too.

To make a donation and help fund critical PPE for frontline workers, please click here. We will get through this together.