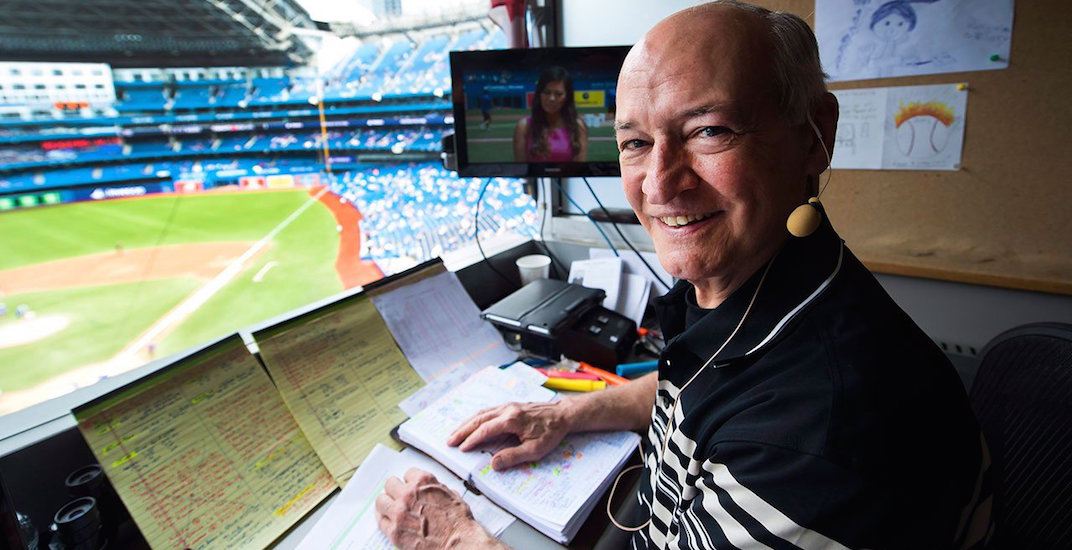 Howarth made his debut as a member of the Blue Jays’ radio team in 1981.

Howarth revealed he had been diagnosed with prostate cancer in November 2016, later undergoing surgery to remove a tumour. The retirement, which is effective immediately, is due to ongoing health concerns related to the cancer diagnosis.

“I had every intention of continuing my career into the 2018 season, but my health and stamina and continuing voice issues dictated otherwise,” said Howarth in a statement released on Tuesday.

Over the years, his kindness and friendly voice became well-loved and synonymous with Blue Jays radio. In 2012, Howarth was presented with the Jack Graney Award by the Canadian Baseball Hall of Fame, which is presented to broadcasters who have made significant contributions to baseball in Canada.

Howarth was a man ahead of his time. In 2016, he revealed in an interview that a First Nations listener’s letter in 1992 inspired him to take a vow to not use team nicknames which could be offensive or derogatory to Aboriginal individuals. Cleveland announced that they would be getting rid of the “Chief Wahoo” logo last month.

“Who knew that I would spend more than half my life in Toronto with my wife Mary and our two sons Ben and Joe, doing what I love to do most – reaching out to friends and fans alike across our great country to talk baseball,” he added.

“I am blessed, and I am grateful. I thank everyone who has made this journey of mine so rewarding in every way.”

Thanks for the memories, Jerry.