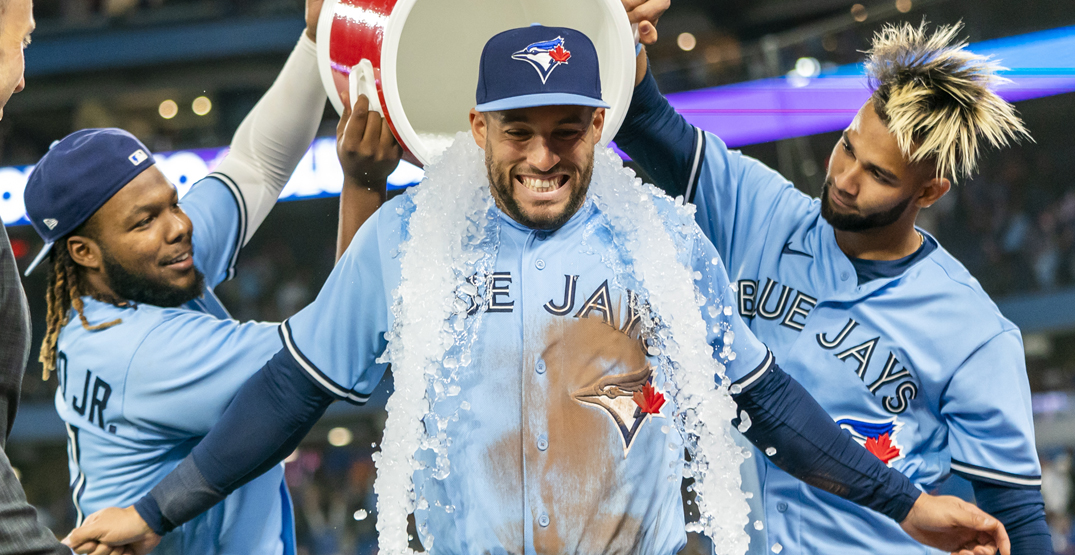 Toronto Blue Jays fans who have any fingernails left should make a much-needed manicure appointment at their local salon.

The first month of the 2022 campaign has been a thrilling ride for the Blue Jays, but a nerve-wracking opening month of the season. With a 15-8 record, they’re out to one of the best starts in franchise history.

But the wins haven’t been easy. The Blue Jays have already been through the meat-grinder, with 11 games against the Boston Red Sox and New York Yankees, and six games against the defending AL West division champs, the Houston Astros.

Last year, the bulk of Toronto’s wins came in convincing fashion thanks to their +183 run differential, which was third-highest in the American League. Right now, the Jays are rocking a tidy +1 run differential through their first 23 games.

They’ve been winning games by the thinnest margins, as evidenced by their last two consecutive one-run wins against the Astros. The Blue Jays picked up four one-run wins last week alone, and own a 9-1 record in one-run games.

Their closer, Jordan Romano leads the league in saves (11) and appearances (13). He’s been in the mound for more than half of Toronto’s games this season and saw a ridiculous workload the first month of the season.

If there was one major fault of the 2021 Blue Jays, it’s that they failed to perform in late and close games. They sported a 15-15 record in one-run games and were a subpar 3-9 in extra inning games. Last year, they didn’t win their 10th one-run game until August 23, their 123rd game of the regular season.

After their narrow 3-2 victory over the Astros on Sunday, they secured their 10th one-run victory of the season, 100 games sooner than last year. Toronto one 15 one-run games last year, and they already have 10 narrow victories this year.

Of course, riding the razor’s edge isn’t a sustainable formula for a 162 game schedule. Romano can’t make 100 appearances out of the bullpen, and the Blue Jays can’t expect to finish the year with 60 one-run wins.

But there seems to be a greater sense of urgency to lock down these victories early in the season, something that didn’t take place with the Blue Jays last year. In 2022, they’re playing better defence and their bullpen is stronger, which is helping them lock down those close games.

In 2021, the Blue Jays blew a lot of late and close games. Those leaky bullpen losses in April, May and June were likely the undoing of the 2021 Blue Jays. This year, very few games have been out of reach for the Blue Jays.

It’s only one month into the season, but the Blue Jays are already the cardiac kings of baseball. Whether they’re swatting game-tying home runs like Bo Bichette, or making thrilling catches at the warning track like George Springer, or locking down a nervous ninth like George Springer.

Take Sunday’s win as a master class in these nail-biter victories; the Blue Jays were being no hit through the first 5.2 innings, only to have Bichette hit a go-ahead opposite field wall-scraper to put the Blue Jays on the board.

UPDATE: We have broken up the no-hitter 😎 pic.twitter.com/E2Liyfma90

Kevin Gausman continues his electric start in a Blue Jays uniform, spinning yet another gem and increasing his walkless streak to five starts and 31.2 innings with the Blue Jays. If you track it back to last year, Gausman’s riding a 37-inning streak without surrendering a walk.

Right now the Blue Jays are getting the perfect formula of timely hitting, exceptional starting pitching performances, lockdown innings out of the bullpen, and solid defensive play.

After the Astros put the tying run on base in the ninth inning, Springer makes a sensational catch in right field that had a double (or even a triple) written all over it.

Despite having a few key figures on the injured list (Teoscar Hernandez and Danny Jansen), this team is firing on all cylinders. They aren’t even close to reaching their offensive potential yet, and they’re still winning ball games.

Divisions aren’t won in April or May, but they can be lost. By treating each of these contests like meaningful games in September, the Blue Jays hope to ensure they’re not repeating the same mistakes from 2021.

If April was any indication, buckle in Blue Jays fans, because it’s going to be a wild rest of the regular season.