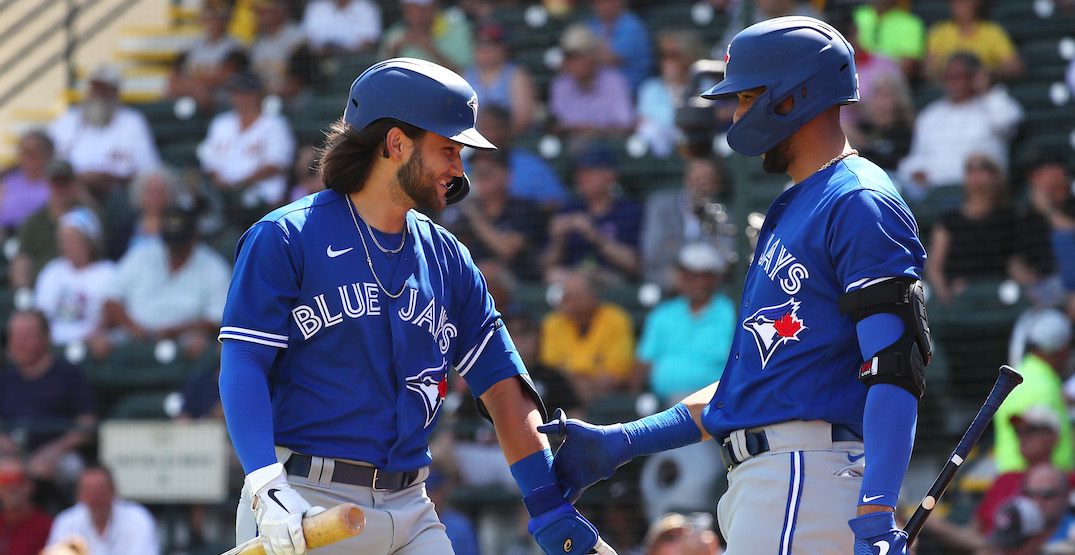 The Toronto Blue Jays are returning to the field this month. 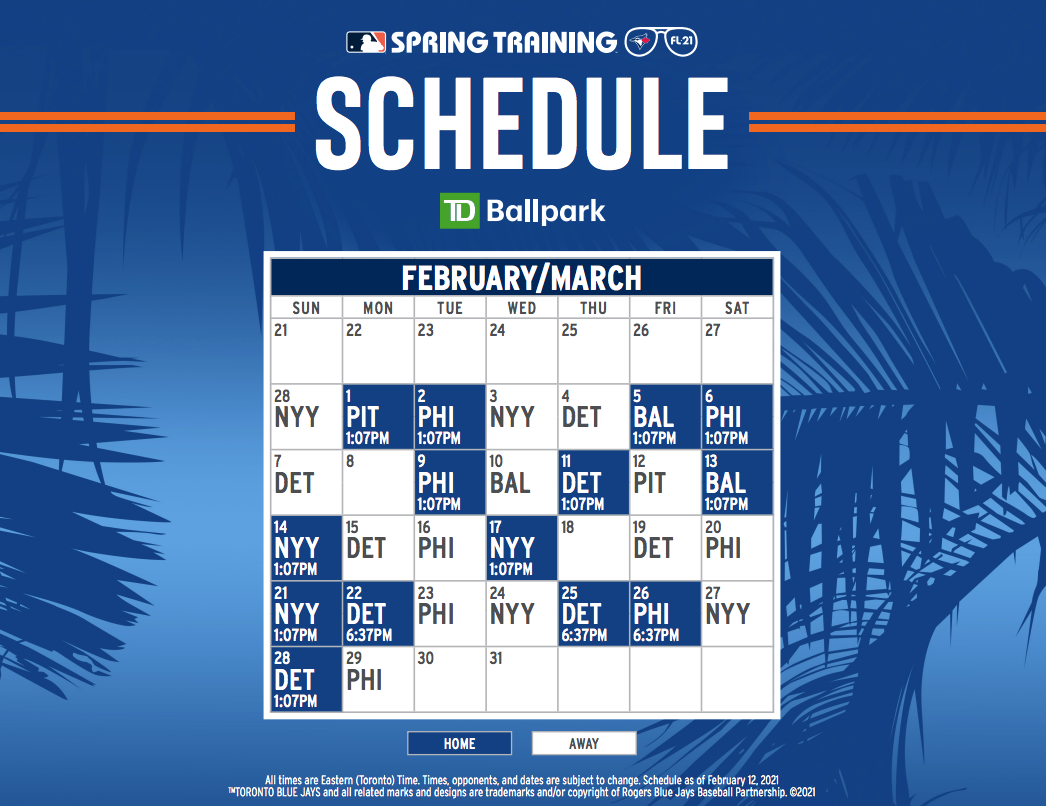 Fans will be welcomed back to TD Ballpark in Dunedin, Florida for spring training home games, at 15% capacity with increased health and safety protocols.

Some of those protocols include tickets sold in pods of two or four seats, spaced six feet apart, face coverings, mobile ticketing, symptom screening, concession stands will have social distance markers with prepackaged food and utensils, and hand sanitizing stations available throughout the stadium.

The team will also not allow fans to get any player autographs, and fans or media will not be allowed to attend any player workouts at TD Ballpark.

It remains to be seen where the Blue Jays will play next season, though it seems likely they may need to relocate to the US again due to border restrictions — at least to start. They could stay at their spring training facility in Dunedin, or go back to Buffalo, as they did last year.