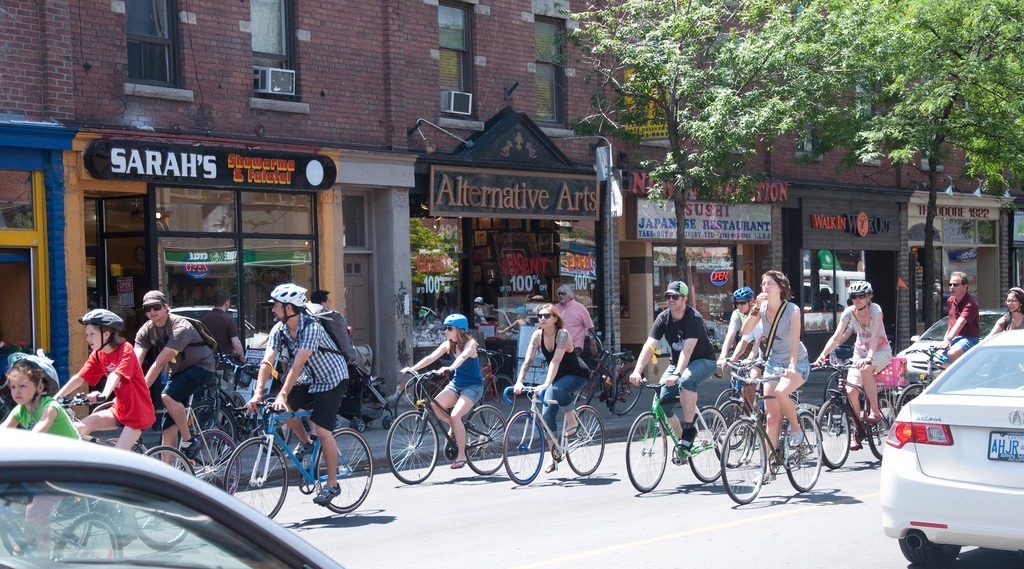 Cycling on Bloor Street is finally going to become a little less treacherous.

The city announced this week that construction work on bike lanes between Shaw Street and Avenue Road will commence next week (on August 2) and be completed by mid-August, subject to weather conditions. The lanes are part of a year-long pilot project that aims to ascertain the best way to create a safer and more bike-friendly Bloor Street.

The work will require motorists and cyclists alike to deal with some temporary inconveniences.

A construction notice posted by the city warned that traffic will be reduced to a single lane in each direction, while street parking will be unavailable for the first few days of work. However, parking tickets can be cancelled by contacting the city’s project manager, as long as vehicles weren’t parked in illegal locations such as in front of a fire hydrant.

Cyclists are advised to use Harbord Street as an alternative route as far as possible.

The Bloor Street bike lane pilot project was approved by council in early May. The city will track the bike lanes’ impact before making a decision on their future next year.